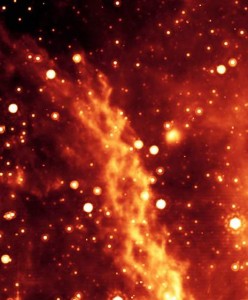 The authors of the present study begin with an expression of gratitude to the editors of Life’s Library for the opportunity to publish what not only our professional probity, but our very common sense, warns us is a highly unconventional conclusion to draw under any circumstances (and especially in the specialized venue of an esteemed bioscience journal). The research we report in this paper points to a bizarre but unavoidable result: we have discovered, encoded in the genome, a message from an advanced extraterrestrial civilization.

Recent work (Venter et al. 2010 and passim) shows that the genome furnishes a simple biochemical means for the transmission of information not only to permit the synthesis of proteins necessary for life functions, but to serve as a kind of communications medium. As first pointed out in a forgotten paper more than a quarter century ago (Hiromitsu and Tairo 1979), this medium would be easily manipulable by sufficiently advanced extraterrestrial intelligence.

To be specific, the DRD2 gene, previously identified as crucial in the regulation of dopamine production and a powerful agent in behavor and consciousness, follows a recursive, self-referential sequence: the coding sequence for the B protein is totally contained in that for the A protein. Similarly, the gene for C is found in the coding sequence of the B protein, and so on with D for C and C for E. It is impossible to explain the origin of overlapping genes in terms of molecular evolution by natural selection. However, as one possible explanation, it might be reasonable to speculate on an artificial origin: that is, that this DNA was synthesized by a very advanced technology.

Second, We find that the number of amino acid residues of the A protein which encode the B protein, is 121, that is, the square of the prime number 11. This fact suggest that we arrange the sequence into an 11 X 11 square array. By filling in this array with colors representing each of the four nucleotide bases, we found no discernible pattern. When we convert to a binary code, however, designating the purines as 1 and the pyrimidines as 0, an arresting pattern emerges (we have omitted the 1s to make the pattern more discernible): 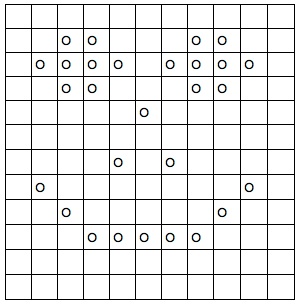 We estimate that the probability that this pattern would emerge by selection or mutation anywhere in the biosphere, in any genome, to be less than .003%. And yet we find it expressed in one other organism: the φX178 bacteriophage, which parasitizes Helicobacter pylori, the bacterium responsible for causing peptic ulcers in the human stomach.

We publish these results in full awareness that our professional reputation, not to mention our mental stability, may be called into question. Certainly the present study prompts more questions than it answers. By what means would an advanced civilization have synthesized genetic information with such precision? How would they have predicted the selective vectors necessary to deliver such genes over the vast gulfs of interstellar space, insinuating them into the record of life on Earth with such precision? And why, having mastered the abstruse technologies involved, would they use them to convey a message so banal and (though we pronounce it so with some temerity) insulting? To the last question at least we believe we have an answer.

It may be observed that among the higher primates, no other species shows the drive for discovery, and the propensity for dissatisfaction, exhibited by Homo sapiens. Other characteristics (binocular vision, sociability, the opposition of the thumb) show continuous variation across primate groups. But the tendencies associated with ambition, like those giving rise to language and religious belief, seem to have arisen uniquely within the human line. It must be pointed out that by ambition we mean not merely goal-driven behavior or frenetic activity. Many primate species are capable of exceptionally high levels of affective behavior; but only in Homo is a fear of the future to be observed. One need merely examine the famous footprints preserved in volcanic ash at the Laetoli site, which were fixed in sediments some 1.5 million years ago, to recognize the worried heel-toe shuffle indicative of neither a jog nor a stroll, but a harried hustle. 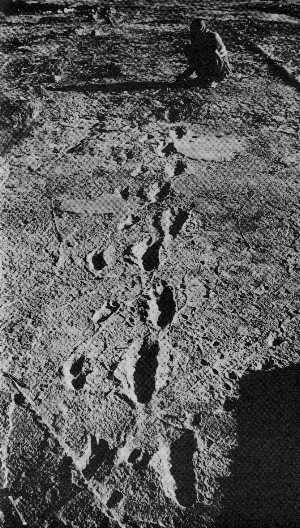 The aliens encoded a happy face not only in a gene responsible for developing our species’ drive to discovery and dissatisfaction, but also in a simple organism that takes advantage — one might say feeds off of — the dyspeptic consequences that drive. Such an advanced civilization must have passed through an era like our own, likely facing similar limits to lifespan and ambition as our own. And perhaps they found the key to their own survival in denying or suppressing their frenetic drive. Our alien benefactors reached out across abysses of space and time to deliver us a simple message, encoded so as to be indecipherable until it proves most necessary. And the message is, Take it easy. 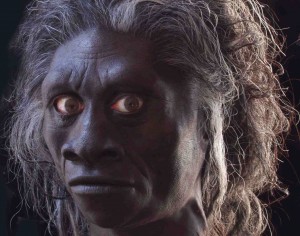