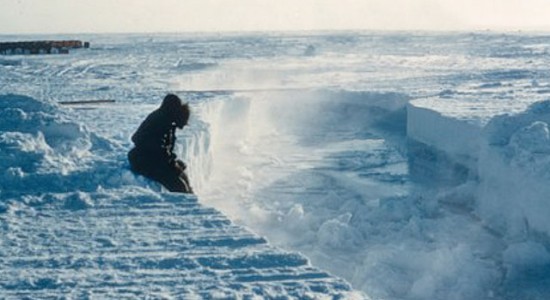 I had been planning an experiment in Twitter fiction for a few weeks, mapping out the tale and pondering how to schedule it, when I lost my blogging job. In a fit of saintly intensity, I released the story in three blasts of about twenty-five tweets during the last week of January. The experiment was a mixed success: the story broke up well into tweets, and I garnered new followers and pleasant comment, but the concentrated doses of narrativity were clearly too much for some. As a figment of my personal Twitter feed, the story quickly disappears down the tweethole; although I had tagged the posts with the hashtag #makestheman, the tweets don’t come up in search any longer. I collected them as tweets using Storify, a web app for preserving conversations and narratives born in Twitter. But some tweets are missing, and the resulting amalgamation is too betwixt and between to make a satisfying read.

In a strange fit of HiLo synergy, I’m posting the story here today, following in the tracks of Peggy Nelson’s posts on the polar extremes of Ernest Shackleton. Below, I’ve put the text of the tweets together into connected prose. I haven’t changed a word of the text; my only editorial intervention is to forge the tweet-by-tweet stream into paragraphs (section breaks reflect the ends of each daily episode). The effect of pre-tweeted prose is interesting: some passages are clearly tortured to fit the famously procrustean format of the Tweet; in other cases, I think, the discipline of the medium led to some valuable discoveries. Twitter is turning us all into Oulipans.

THE MAN WITH the angry suit of clothes joined the expedition to Baffin Bay where we lay icebound awaiting the narwhals’ return. He wasn’t a scientist, but a writer. His tale made clear why he wanted aboard the icebound ship: for safe harbor in the void. He wrote screenplays for nature movies. It was the pull of his credits that got him aboard the Festina Lente out of Woods Hole. His name was Benjamin Culler.

It was our last trip to Baffin Bay. We had installed neural nets in a pod of narwhals, & it was time to retrieve them. The neural nets sipped from the narwhals’ sensory impulses & sent data to the network. We tapped their tusks as sensory probes to collect temp, pressure, dissolved O2; we could peer into their sonar pulses, too. We could supply impulses, too, for feedback & control. We couldn’t control the narwhals, but we could nudge them. On this trip we would spend weeks icebound, checking the narwhals’ health, observing their senses & modulating our impulses.

Under a cotton sky, the Festina Lente threaded her way through the angry labyrinth of the ice. Those first hazy days dragged, the deliquescent ice frothing and swishing round the hull while we gamed in the galley. We sat at our terminals on the Festina Lente, doting over the whale’s data, savoring the volumes of dark water they revealed. Hundred of meters below us those tusks dipped & flashed, buzzing as they tasted the cold, heavy amnion of the sea.

Culler remained quiet, only whispering a question now & then. If he was writing about our work, it wan’t apparent to us. In wooly daylight we snowmobiled to open water, a black stripe of frigid water runnelling through a lead in the ice. We set up our equipment & beamed a signal seaward, beckoning the narwhals to come. And came the whales, from far off, their tusks carving the dark water as they breached & bathed in the smoking air. As our equipment strummed the neural nets with signal, the whales were docile & responsive, making our work easy.

Catching my breath & looking across the lead, I saw a figure silhouetted in the south — arms up, uncanny touchdown in the glimmer. Instinctively I waved, but the figure made no response. Who could that distant person be? Culler had stayed on the Festina Lente with crew. The figure looked like him, vaguely. Why would he be out across the water? Then the wind blew up, a swirl of icy shards of snow wreathed in fog. When it cleared a minute later, the figure was gone.

…the figure was gone. Returned to ship in the long dark — aurora rippling, the sky a screen tickled by some vast indifference. Everyone was accounted for — including Culler, who had written the day away in the galley. I wanted to be mollified, but wasn’t. In the days to follow, the Festina Lente and its icy setting would be the scene of a series of remarkable incidents.

Returning to the open water next day, we found a young narwhal on the ice, size of a child, dead on a bright map of blood. There were no bear tracks imprinted the snow — and in any case, what polar bear would have left such a meal to freeze on the ice? But the little whale was still warm, and we necropsied the corpse. We had our methods, our rituals, empirical and reassuring.

Culler was especially sullen. He wandered away a little, looking south across the lead, until I had to call him back.

Disassembled, the calf proved healthy. Too young to net, it wasn’t on our network. A helicopter search found no bears nearby.

Next day, we found the helicopter was vandalized & disabled, a rotor blade twisted & split where it was lashed to the deck. The nets were external — capacitive inputs, their signal focused & amplified by the whales’ oil melons — and painless to remove. The day after finding the dead calf, we removed the neural nets from the adult narwhals in our test pod.

Culler accompanied the party to observe, his mood much improved by the drama & intensity of the work & the wildness of the ice.

Aboard the Festina Lente that night, I went to pay Culler a visit. I wanted to know why the neural nets had made him pensive. Coming onto the deck, I saw a figure at Culler’s cabin, head down & silhouetted in caged light, seeming to try the door. The figure at Culler’s door was dark; at once bulky & empty, it shook like a puppet swinging & rippling in some privative wind. I called out to it — the figure spun as if to face me —I was struck by the notion that it didn’t have a head. It spun away — an invertebrate umbrella, I thought — flew up the corridor, and disappeared up the stairway at the farthest end.

I banged on the door & Culler answered — eyes sunk deep in gray sockets, face drawn with fear. I told him what I had seen.

It’s here, he replied. It’s come. It’s too late now. Don’t let it in. And he pressed shut the door & would not answer it again.

…Culler pressed shut the door & would not answer. I waited awhile, imploring him to open up, but he stayed quiet.

The next day was hard: narwhals stranded themselves on the ice. We fought to slide them into the water, but they came again. Three times they stranded themselves. Finally night fell, and they seemed to go quiet. But we lost two from the stress. I was watching the still-restive whales when the ship radioed a distress call: Culler’s cabin was empty. I rushed back to the Festina Lente. Culler’s room was vacant; his computer open on the floor. And a black, iridescent piece of clothing lay neatly folded on the bunk.

I knelt down to check the computer; a video file was up, paused on Culler’s face. And then I was attacked. Something taut and dry whipped itself round my neck, pulled me onto my back. I was being straight-jacketed to the floor by bands of black fabric, and I was suffocating. Through vignetting eyes, I saw Culler standing in the door wearing a mask of fear and anger. Then he disappeared — and so did the force pinning me down. I lay gasping, gripping at the bunk to pull myself up.

Culler & whatever attacked me were gone. I started Culler’s video, watching his tired face explain itself.

“At a conference,” Culler began, “I won a raffle. The prize: a new suit made of a remarkable new fabric. The marketing flack said its circuited fibers would monitor my nervous activity from fingertip to brain stem. It came unannounced by post a few days after the conference, folded and clipped flat in a matte black box. To boot it up, I had to wear the suit for 24 hours — through a full day-night cycle, even while I slept.

“The dreams were outlandish. I dreamt of running across rooftops, of climbing trees, flying through the forest canopy. I could see in the dark, and sprint fast enough to seize a fleeing fox. I dreamt of swimming in the open bay while airplanes thundered across a bowl of stars overspilling the sea. They were dreams of power and emancipation, seductive dreams.

“Wearing the suit in the daytime was useful, but hardly intoxicating. The suit told the temperature, whispered directions. At the least mental suggestion, it played a selection of my favorite music ever so softly in my ears. But while wearing the suit, all the colors seemed drained from the diurnal world…”

At this point I stopped — someone came to the door & told me that Culler had been spotted on the ice. I went to the bridge and looked out across the shattered vista. Culler was on a snowmobile going north. And in pursuit, fleet as a fox, ran an empty suit of clothes, headless & black, flailing in its own rude wind.