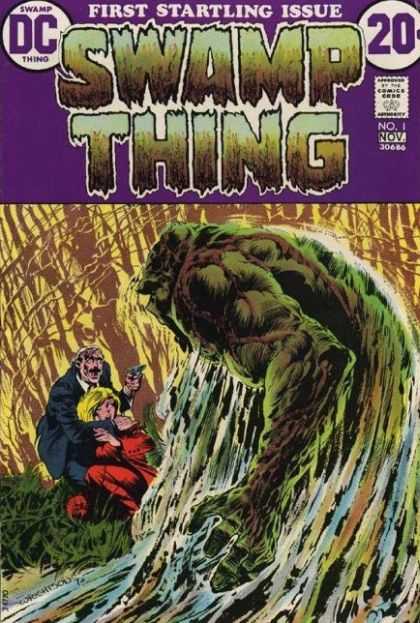 And Zarathustra went thoughtfully on, further and lower down, through forests and past moory bottoms; as it happeneth, however, to every one who meditateth upon hard matters, he trod thereby unawares upon a humanoid plant. And lo, there spurted into his face all at once a cry of pain, and two curses and twenty bad invectives, so that in his fright he raised his stick and also struck the trodden one.

And thereupon the sitting one got up, and pulled his naked arm out of the swamp. For at first he had lain outstretched on the ground, hidden and indiscernible, like those who lie in wait for swamp-game.

“But whatever art thou about!” called out Zarathustra in alarm.

“Once I was an alchemist named Alec, of Holland, working night and day on spagyric, an herbal bio-restorative formula that might make forests out of deserts,” gurgled the creature. “Fermenting, distilling, and extracting mineral components from the ash of swamp plants, I failed to notice the agents of my rivals, Mr. E, who caused my laboratory to explode. Drenched in salt–”

“–The principle of fixity and incombustibility,” Zarathustra murmured–

“–the principle of fusibility and volatility,” said Zarathustra–

“–the principle of inflammability,” Zarathustra did not fail to note–

“–I staggered forth into this swamp,” gargled the thing of the swamp. “The chemicals, and forces within the bog, mutated me into–”

“–a muck-encrusted mockery of a man!” Thus spake Zarathustra. 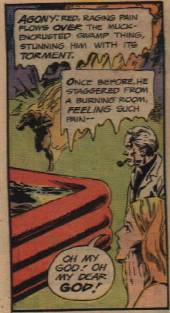