ALL INSTALLMENTS SO FAR
***
CHAPTER III: THE HOMELESS

As for Vashti, her life went peacefully forward until the final disaster. She made her room dark and slept; she awoke and made the room light. She lectured and attended lectures. She exchanged ideas with her innumerable friends and believed she was growing more spiritual. At times a friend was granted Euthanasia, and left his or her room for the homelessness that is beyond all human conception. Vashti did not much mind. After an unsuccessful lecture, she would sometimes ask for Euthanasia herself. But the death-rate was not permitted to exceed the birth-rate, and the Machine had hitherto refused it to her.

The troubles began quietly, long before she was conscious of them.

One day she was astonished at receiving a message from her son. They never communicated, having nothing in common, and she had only heard indirectly that he was still alive, and had been transferred from the northern hemisphere, where he had behaved so mischievously, to the southern — indeed, to a room not far from her own.

“Does he want me to visit him?” she thought. “Never again, never. And I have not the time.”

No, it was madness of another kind.

He refused to visualize his face upon the blue plate, and speaking out of the darkness with solemnity said:

“The Machine is stopping, I know it. I know the signs.”

She burst into a peal of laughter. He heard her and was angry, and they spoke no more.

“Can you imagine anything more absurd?” she cried to a friend. “A man who was my son believes that the Machine is stopping. It would be impious if it was not mad.”

“The Machine is stopping?” her friend replied. “What does that mean? The phrase conveys nothing to me.”

“He does not refer, I suppose, to the trouble there has been lately with the music?”

“Oh no, of course not. Let us talk about music.”

“Have you complained to the authorities?” 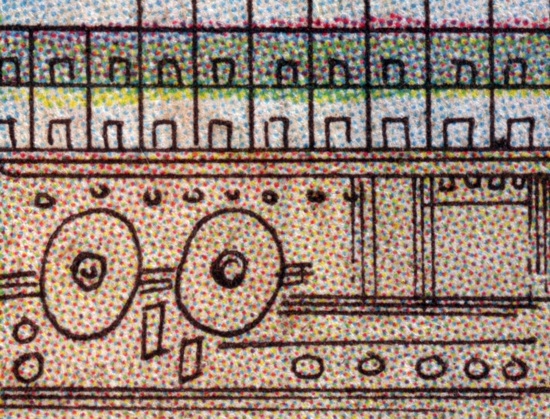 Obscurely worried, she resumed her life. For one thing, the defect in the music irritated her. For another thing, she could not forget Kuno”s speech. If he had known that the music was out of repair — he could not know it, for he detested music — if he had known that it was wrong, “the Machine stops” was exactly the venomous sort of remark he would have made. Of course he had made it at a venture, but the coincidence annoyed her, and she spoke with some petulance to the Committee of the Mending Apparatus.

They replied, as before, that the defect would be set right shortly.

“Shortly? At once!” she retorted. “Why should I be worried by imperfect music? Things are always put right at once. If you do not mend it at once, I shall complain to the Central Committee.”

“No personal complaints are received by the Central Committee,” the Committee of the Mending Apparatus replied.

“Through whom am I to make my complaint, then?”

“Your complaint shall be forwarded in its turn.”

This question was unmechanical, and the Committee of the Mending Apparatus refused to answer it.

“It is too bad!” she exclaimed to another of her friends. “There never was such an unfortunate woman as myself. I can never be sure of my music now. It gets worse and worse each time I summon it.”

“I do not know whether it is inside my head, or inside the wall.”

“Complain, in either case.”

“I have complained, and my complaint will be forwarded in its turn to the Central Committee.”

Time passed, and they resented the defects no longer. The defects had not been remedied, but the human tissues in that latter day had become so subservient, that they readily adapted themselves to every caprice of the Machine. The sigh at the crises of the Brisbane symphony no longer irritated Vashti; she accepted it as part of the melody. The jarring noise, whether in the head or in the wall, was no longer resented by her friend. And so with the mouldy artificial fruit, so with the bath water that began to stink, so with the defective rhymes that the poetry machine had taken to emitting. All were bitterly complained of at first, and then acquiesced in and forgotten. Things went from bad to worse unchallenged.

It was otherwise with the failure of the sleeping apparatus. That was a more serious stoppage. There came a day when over the whole world — in Sumatra, in Wessex, in the innumerable cities of Courland and Brazil — the beds, when summoned by their tired owners, failed to appear. It may seem a ludicrous matter, but from it we may date the collapse of humanity. The Committee responsible for the failure was assailed by complainants, whom it referred, as usual, to the Committee of the Mending Apparatus, who in its turn assured them that their complaints would be forwarded to the Central Committee. But the discontent grew, for mankind was not yet sufficiently adaptable to do without sleeping.

“Some one is meddling with the Machine —” they began.

“Someone is trying to make himself king, to reintroduce the personal element.”

“Punish that man with Homelessness.”

The effect of this frank confession was admirable.

“Of course,” said a famous lecturer — he of the French Revolution, who gilded each new decay with splendour — “of course we shall not press our complaints now. The Mending Apparatus has treated us so well in the past that we all sympathize with it, and will wait patiently for its recovery. In its own good time it will resume its duties. Meanwhile let us do without our beds, our tabloids, our other little wants. Such, I feel sure, would be the wish of the Machine.”

Thousands of miles away his audience applauded. The Machine still linked them. Under the seas, beneath the roots of the mountains, ran the wires through which they saw and heard, the enormous eyes and ears that were their heritage, and the hum of many workings clothed their thoughts in one garment of subserviency. Only the old and the sick remained ungrateful, for it was rumoured that Euthanasia, too, was out of order, and that pain had reappeared among men.