“Then a train passed. It brushed by me, but I thrust my head and arms into the hole. I had done enough for one day, so I crawled back to the platform, went down in the lift, and summoned my bed. Ah, what dreams! And again I called you, and again you refused.”

She shook her head and said: “Don’t. Don’t talk of these terrible things. You make me miserable. You are throwing civilization away.” 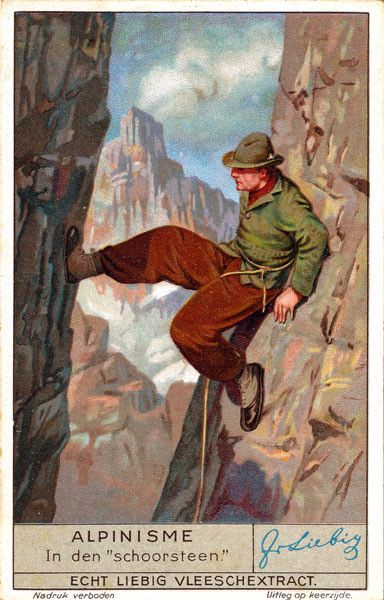 “But I had got back the sense of space, and a man cannot rest then. I determined to get in at the hole and climb the shaft. And so I exercised my arms. Day after day I went through ridiculous movements, until my flesh ached, and I could hang by my hands and hold the pillow of my bed outstretched for many minutes. Then I summoned a respirator, and started.

“It was easy at first. The mortar had somehow rotted, and I soon pushed some more tiles in, and clambered after them into the darkness, and the spirits of the dead comforted me. I don’t know what I mean by that. I just say what I felt. I felt, for the first time, that a protest had been lodged against corruption, and that even as the dead were comforting me, so I was comforting the unborn. I felt that humanity existed, and that it existed without clothes. How can I possibly explain this? It was naked, humanity seemed naked, and all these tubes and buttons and machineries neither came into the world with us, nor will they follow us out, nor do they matter supremely while we are here. Had I been strong, I would have torn off every garment I had, and gone out into the outer air unswaddled. But this is not for me, nor perhaps for my generation. I climbed with my respirator and my hygienic clothes and my dietetic tabloids! Better thus than not at all.

“There was a ladder, made of some primæval metal. The light from the railway fell upon its lowest rungs, and I saw that it led straight upwards out of the rubble at the bottom of the shaft. Perhaps our ancestors ran up and down it a dozen times daily, in their building. As I climbed, the rough edges cut through my gloves so that my hands bled. The light helped me for a little, and then came darkness and, worse still, silence which pierced my ears like a sword. The Machine hums! Did you know that? Its hum penetrates our blood, and may even guide our thoughts. Who knows! I was getting beyond its power. Then I thought: “This silence means that I am doing wrong.” But I heard voices in the silence, and again they strengthened me.” He laughed. “I had need of them. The next moment I cracked my head against something.” 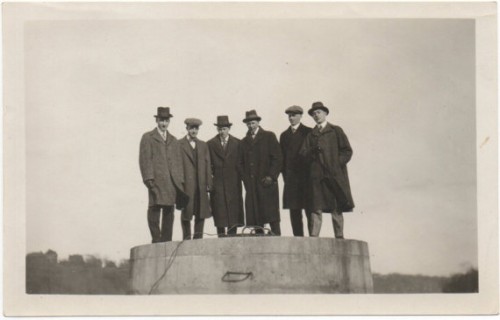 “I had reached one of those pneumatic stoppers that defend us from the outer air. You may have noticed them on the air-ship. Pitch dark, my feet on the rungs of an invisible ladder, my hands cut; I cannot explain how I lived through this part, but the voices still comforted me, and I felt for fastenings. The stopper, I suppose, was about eight feet across. I passed my hand over it as far as I could reach. It was perfectly smooth. I felt it almost to the centre. Not quite to the centre, for my arm was too short. Then the voice said: “Jump. It is worth it. There may be a handle in the centre, and you may catch hold of it and so come to us your own way. And if there is no handle, so that you may fall and are dashed to pieces — it is still worth it: you will still come to us your own way.” So I jumped. There was a handle, and —”

He paused. Tears gathered in his mother’s eyes. She knew that he was fated. If he did not die today he would die tomorrow. There was not room for such a person in the world. And with her pity disgust mingled. She was ashamed at having borne such a son, she who had always been so respectable and so full of ideas. Was he really the little boy to whom she had taught the use of his stops and buttons, and to whom she had given his first lessons in the Book? The very hair that disfigured his lip showed that he was reverting to some savage type. On atavism the Machine can have no mercy.

“There was a handle, and I did catch it. I hung tranced over the darkness and heard the hum of these workings as the last whisper in a dying dream. All the things I had cared about and all the people I had spoken to through tubes appeared infinitely little. Meanwhile the handle revolved. My weight had set something in motion and I spun slowly, and then —

“I cannot describe it. I was lying with my face to the sunshine. Blood poured from my nose and ears and I heard a tremendous roaring. The stopper, with me clinging to it, had simply been blown out of the earth, and the air that we make down here was escaping through the vent into the air above. It burst up like a fountain. I crawled back to it — for the upper air hurts — and, as it were, I took great sips from the edge. My respirator had flown goodness knows where, my clothes were torn. I just lay with my lips close to the hole, and I sipped until the bleeding stopped. You can imagine nothing so curious. This hollow in the grass — I will speak of it in a minute, — the sun shining into it, not brilliantly but through marbled clouds, — the peace, the nonchalance, the sense of space, and, brushing my cheek, the roaring fountain of our artificial air! Soon I spied my respirator, bobbing up and down in the current high above my head, and higher still were many air-ships. But no one ever looks out of air-ships, and in any case they could not have picked me up. There I was, stranded. The sun shone a little way down the shaft, and revealed the topmost rung of the ladder, but it was hopeless trying to reach it. I should either have been tossed up again by the escape, or else have fallen in, and died. I could only lie on the grass, sipping and sipping, and from time to time glancing around me. 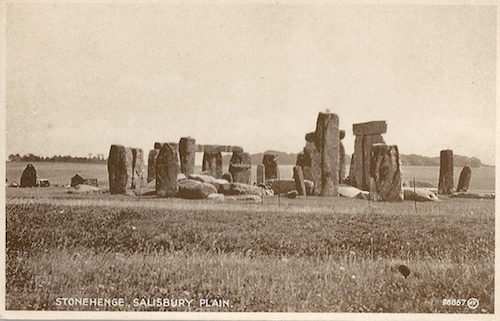 “I knew that I was in Wessex, for I had taken care to go to a lecture on the subject before starting. Wessex lies above the room in which we are talking now. It was once an important state. Its kings held all the southern coast form the Andredswald to Cornwall, while the Wansdyke protected them on the north, running over the high ground. The lecturer was only concerned with the rise of Wessex, so I do not know how long it remained an international power, nor would the knowledge have assisted me. To tell the truth I could do nothing but laugh, during this part. There was I, with a pneumatic stopper by my side and a respirator bobbing over my head, imprisoned, all three of us, in a grass-grown hollow that was edged with fern.”

Then he grew grave again.