She resumed her life.

But she thought of Kuno as a baby, his birth, his removal to the public nurseries, her own visit to him there, his visits to her — visits which stopped when the Machine had assigned him a room on the other side of the earth. “Parents, duties of,” said the Book of the Machine, “cease at the moment of birth. P.422327483.” True, but there was something special about Kuno — indeed there had been something special about all her children — and, after all, she must brave the journey if he desired it. And “something tremendous might happen.” What did that mean? The nonsense of a youthful man, no doubt, but she must go. Again she pressed the unfamiliar button, again the wall swung back, and she saw the tunnel that curves out of sight. Clasping the Book, she rose, tottered on to the platform, and summoned the car. Her room closed behind her: the journey to the northern hemisphere had begun.

Of course it was perfectly easy. The car approached and in it she found armchairs exactly like her own. When she signaled, it stopped, and she tottered into the lift. One other passenger was in the lift, the first fellow creature she had seen face to face for months. Few travelled in these days, for, thanks to the advance of science, the earth was exactly alike all over. Rapid intercourse, from which the previous civilization had hoped so much, had ended by defeating itself. What was the good of going to Peking when it was just like Shrewsbury? Why return to Shrewsbury when it would all be like Peking? Men seldom moved their bodies; all unrest was concentrated in the soul. 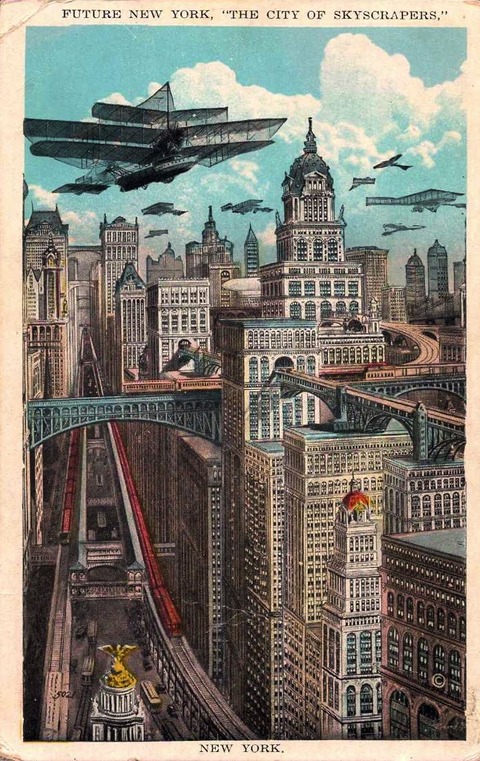 The air-ship service was a relic form the former age. It was kept up, because it was easier to keep it up than to stop it or to diminish it, but it now far exceeded the wants of the population. Vessel after vessel would rise from the vomitories of Rye or of Christchurch (I use the antique names), would sail into the crowded sky, and would draw up at the wharves of the south — empty. So nicely adjusted was the system, so independent of meteorology, that the sky, whether calm or cloudy, resembled a vast kaleidoscope whereon the same patterns periodically recurred. The ship on which Vashti sailed started now at sunset, now at dawn. But always, as it passed above Rheas, it would neighbour the ship that served between Helsingfors and the Brazils, and, every third time it surmounted the Alps, the fleet of Palermo would cross its track behind. Night and day, wind and storm, tide and earthquake, impeded man no longer. He had harnessed Leviathan. All the old literature, with its praise of Nature, and its fear of Nature, rang false as the prattle of a child.

Yet as Vashti saw the vast flank of the ship, stained with exposure to the outer air, her horror of direct experience returned. It was not quite like the air-ship in the cinematophote. For one thing it smelt — not strongly or unpleasantly, but it did smell, and with her eyes shut she should have known that a new thing was close to her. Then she had to walk to it from the lift, had to submit to glances form the other passengers. The man in front dropped his Book — no great matter, but it disquieted them all. In the rooms, if the Book was dropped, the floor raised it mechanically, but the gangway to the air-ship was not so prepared, and the sacred volume lay motionless. They stopped — the thing was unforeseen — and the man, instead of picking up his property, felt the muscles of his arm to see how they had failed him. Then some one actually said with direct utterance: “We shall be late” — and they trooped on board, Vashti treading on the pages as she did so. 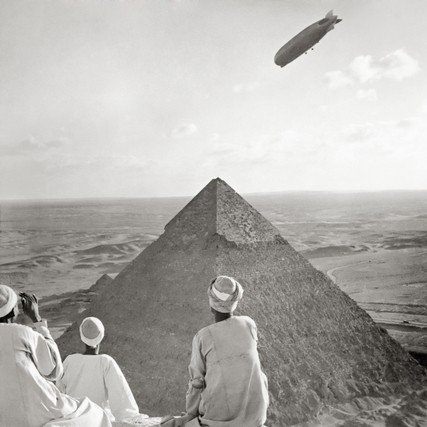 Inside, her anxiety increased. The arrangements were old-fashioned and rough. There was even a female attendant, to whom she would have to announce her wants during the voyage. Of course a revolving platform ran the length of the boat, but she was expected to walk from it to her cabin. Some cabins were better than others, and she did not get the best. She thought the attendant had been unfair, and spasms of rage shook her. The glass valves had closed, she could not go back. She saw, at the end of the vestibule, the lift in which she had ascended going quietly up and down, empty. Beneath those corridors of shining tiles were rooms, tier below tier, reaching far into the earth, and in each room there sat a human being, eating, or sleeping, or producing ideas. And buried deep in the hive was her own room. Vashti was afraid.

“O Machine!” she murmured, and caressed her Book, and was comforted.

Then the sides of the vestibule seemed to melt together, as do the passages that we see in dreams, the lift vanished, the Book that had been dropped slid to the left and vanished, polished tiles rushed by like a stream of water, there was a slight jar, and the air-ship, issuing from its tunnel, soared above the waters of a tropical ocean.

It was night. For a moment she saw the coast of Sumatra edged by the phosphorescence of waves, and crowned by lighthouses, still sending forth their disregarded beams. These also vanished, and only the stars distracted her. They were not motionless, but swayed to and fro above her head, thronging out of one sky-light into another, as if the universe and not the air-ship was careening. And, as often happens on clear nights, they seemed now to be in perspective, now on a plane; now piled tier beyond tier into the infinite heavens, now concealing infinity, a roof limiting for ever the visions of men. In either case they seemed intolerable. “Are we to travel in the dark?” called the passengers angrily, and the attendant, who had been careless, generated the light, and pulled down the blinds of pliable metal. When the air-ships had been built, the desire to look direct at things still lingered in the world. Hence the extraordinary number of skylights and windows, and the proportionate discomfort to those who were civilized and refined. Even in Vashti’s cabin one star peeped through a flaw in the blind, and after a few hours’ uneasy slumber, she was disturbed by an unfamiliar glow, which was the dawn.

Quick as the ship had sped westwards, the earth had rolled eastwards quicker still, and had dragged back Vashti and her companions towards the sun. Science could prolong the night, but only for a little, and those high hopes of neutralizing the earth’s diurnal revolution had passed, together with hopes that were possibly higher. To “keep pace with the sun,” or even to outstrip it, had been the aim of the civilization preceding this. Racing aeroplanes had been built for the purpose, capable of enormous speed, and steered by the greatest intellects of the epoch. Round the globe they went, round and round, westward, westward, round and round, amidst humanity”s applause. In vain. The globe went eastward quicker still, horrible accidents occurred, and the Committee of the Machine, at the time rising into prominence, declared the pursuit illegal, unmechanical, and punishable by Homelessness.

Of Homelessness more will be said later.