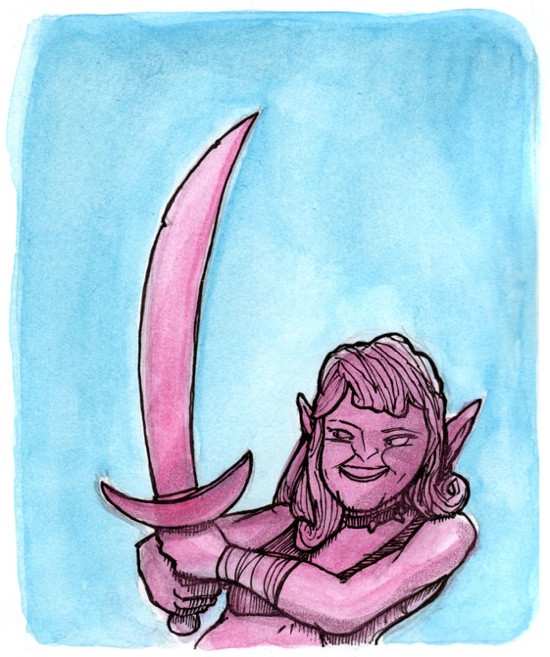 The timing of author-illustrator WENDY PINI’s (born 1951) Elfquest series was auspicious. In the late ’70s, the fantasy genre was experiencing a great resurgence thanks to, among other phenomena, the game Dungeons & Dragons and the artwork of Frank Frazetta. However, fantasy’s earlier themes of duty, honor, fealty to king, and the fight against evil, were conspicuously absent. So kids like me picked up Pini’s comics (co-written by her husband, Richard), the covers of which promised child-friendly fantasy fare along the lines of J.R.R. Tolkien or C.S. Lewis, only to be confronted with sexy, lithe elves (both male and female, deeply confusing for a certain young lad) fighting against the onslaught of… foolish, brutish humans. Pini, the first woman to helm a extremely successful serial graphic novel in a notoriously male-dominated industry, could be forgiven for equating the rotten machinations of humans with the brutish maleness of the world at large. But thankfully, she’s at heart a narrativist; she’s above making such ham-fisted points. As a result, the appeal of Elfquest — a cheese-core, Keane-eyed saga of yesteryear originally aimed at the authors’ fellow Boomers — is timeless. 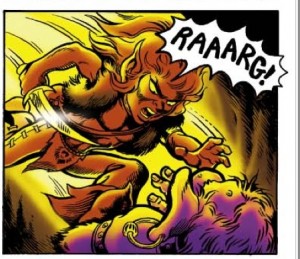