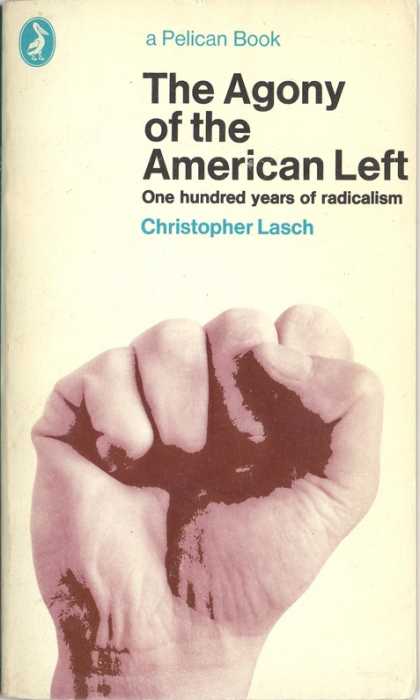 An intellectual historian and historian of intellectuals, CHRISTOPHER LASCH (1932-94) picked up the torch offered by negative-dialectical curmudgeons (T.W. Adorno, Dwight Macdonald) who’d rejected the shibboleths of liberals and conservatives alike. Pinpointing the social, political, cultural, and economic ills of the 1960s-80s, Lasch traced their origins to crucial moments in American history when reformists and change agents compromised their principles or lost their way. Why did the Left embrace a secular-messianic vision of an all-encompassing change in the human condition, achieved through the revolutionary transformation of society? Why did the Right abandon its suspicion of capitalism and its disastrous effects on traditional institutions? Lasch answered such questions with every bit as much anarchical lucidity as Thomas Pynchon or Woody Allen, who — like Lasch — tried and failed to dissuade their Boomer juniors from exacerbating the errors of earlier rebels-with-a-cause.

On his or her birthday, HiLobrow irregularly pays tribute to one of our high-, low-, no-, or hilobrow heroes. Also born this date: | Marilyn Monroe |