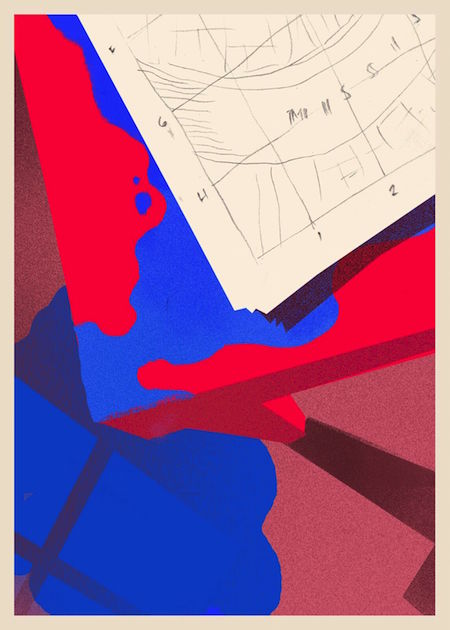 How do you bring back a vanished streetscape? By ordering a late-’50s Rand McNally Road Atlas off of eBay.

It was 2001 or so. I was settling into my second half-decade in New Orleans, and trying to understand that city better by finding how it once had looked. I’d noticed the two Howard Avenues that ended on either side of the major expressway through the city. I’d read news clips from the 1960s about North Claiborne Avenue, where the authorities had pulled old oak trees out of a wide median strip to make way for Interstate 10.

And for about twenty bucks, including shipping and handling, I could see the old street grids of New Orleans, and lots of other cities, before the interstates came blasting through. Much like the current atlas from the same publisher, the one I’d bought was oversized, flat, and floppy. By the time it reached me, the pages had yellowed, and the cover had weathered — the book had traveled from coast to coast and back, I imagined, before landing in some attic in Wisconsin or Georgia or Maine.

As a navigation aid, it was hopelessly outdated. But for me, the atlas showed how my chosen city would have looked in a parallel world where highways hadn’t torn into the cypress swamps on the outskirts of town; where most of the middle class hadn’t decamped to flimsy ranch houses in new subdivisions outside the city limits; where languid New Orleans neighborhoods beloved by Tennessee Williams and John Kennedy Toole hadn’t been chopped up before I ever arrived on the scene.

You don’t have to do anything with history; most of the time, just having it in your possession feels like enough. Over the next few years, I flipped through the road atlas only every now and then. I kept it where I kept all my larger books: on a lowest shelf in the first-floor bedroom my then-boyfriend and I shared. This turned out to be a poor choice in the final days of August 2005, when a different piece of public works in New Orleans — a hurricane protection system with flimsy walls — failed in spectacular fashion.

Fitting, I guess: A road atlas that recorded one kind of loss became part of another.

When I bought it, the atlas seemed a unique expression of my own nerdiness and introversion. But it ended up as just another piece of waterlogged debris that we hauled out onto the street, to be carted away by some FEMA contractor. You can uncover what used to be, or what might have been, but you’re still at the mercy of the landscape where you live.

ABOUT THE ARTIST: Joe Alterio is an illustrator, animator, comic creator, and artist interested in narrative structure, interactive creativity, and the physical manifestations of story-telling. See more at JoeAlterio.com.

See All Posts by Dante Ramos

Dante Ramos is editor of The Boston Globe's IDEAS section, and a Globe op-ed columnist.