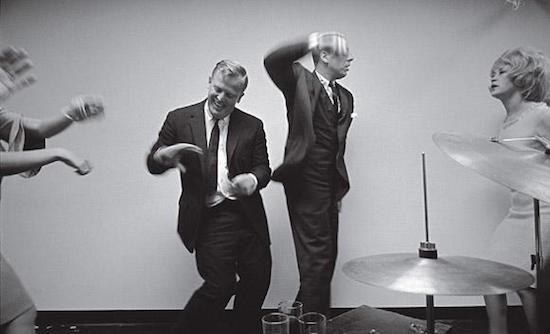 In 1949, Good Housekeeping magazine gave some tips on how to throw an office Christmas party. In addition to recipes for non-alcoholic punch and other light refreshments, there were suggestions for games and activities. The group could participate in a “rousing session of Christmas carols” or take part in a “Secretary Race.” The latter was easy as pie. All it took was “Three secretaries, 3 bosses, 3 roll chairs. At given signal, boss sits in chair, with secretary on lap, then rolls across the floor at word ‘Go.’” Keep in mind that at the time virtually all bosses were male, and secretaries female. Today it’s a scenario for harassment, but according to the staid, family-friendly Good Housekeeping, the Secretary Race was merely an opportunity for good, clean fun. No wonder the mid-20th-century office party is the stuff of pop-cultural legend.

The first office holiday parties consisted of probably little more than a quick toast with the boss before heading out at the end of the day on Christmas eve, possibly a couple of hours early if he was a soft touch — think of Scrooge’s boss Fezziwig in Dickens’s A Christmas Carol. (Brought to Scrooge by the Ghost of Christmas Past, the image of the office party was cast in the golden glow of nostalgia even at this embryonic stage.) 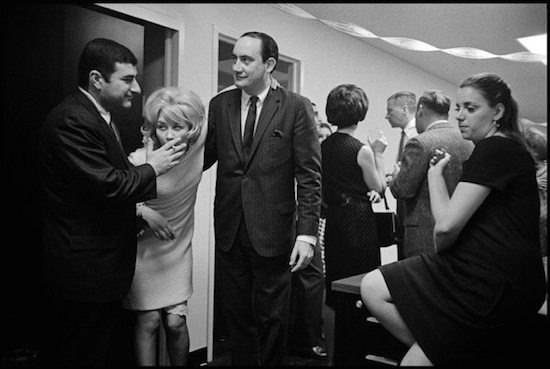 When A Christmas Carol was published in 1843, the office was an exclusively male space. Female workers appeared in American offices a decade or two later; the invention of the typewriter around 1874 led to new categories of dead-end jobs mostly filled by women. Postcards and stereographs cheerfully depicting heterosexual office flirtations soon followed.

Of course, business etiquette frowned on overly friendly relations between management and underlings. On the other hand, “anything promotive of good feeling among the members of the staff” made “for harmonious efficiency,” according to a newspaper columnist in 1927, so management was “usually more than willing to co-operate” when it came to a “Christmas Eve festa” at the noon hour. A Little Book of Everyday Etiquette (1926) concurred that the “exchange of Christmas cards” made for “a better feeling generally” in the office. (It also noted that: “The man who gives the girls [as female office workers were almost universally called until the 1970s] who work for him silk hose and underwear shows he is not versed in good form.”) 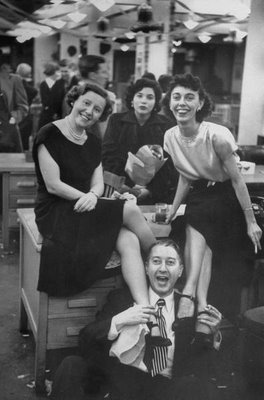 Alcohol legally reentered public life in 1933. By mid-decade, the subject of how to navigate a booze-fueled office party started to appear in secretarial advice guides (one of my favorite unappreciated genres of literature). Manners in Business (1936) decreed it permissible to have a drink at the office Christmas party — but just one, lest things slide out of control. The author provided caution tales of Mary B——, whose tipsy, indiscreet babbling cost her a promotion to an “important and confidential position”; Amy H——, who never lived down her drunken pass (unsuccessful) at the head bookkeeper; and Marjorie L——, who, after a few drinks at the Christmas party, went back to her desk to type up a few things and wound up handing in “letters that looked like so much Czecho-Slovakian.”

Indeed, booze — and lots of it — fueled the mid-century bacchanals depicted in movies like Desk Set (1957) or The Apartment (1960). There’s plenty of evidence to suggest these scenes weren’t too heavily fictionalized. In 1950, Christmas fell on a Monday. Between what the Los Angeles Times called “office party time” (noon) on the preceding Friday and December 25, 1222 people were arrested on drunkenness charges in L.A. That is some prodigious drinking. 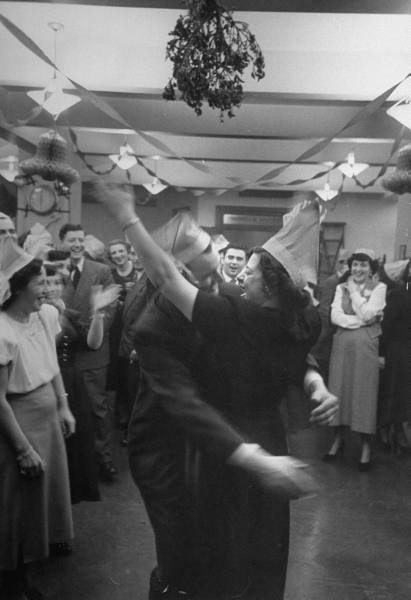 “DON’T DRINK TOO MUCH,” was Esquire Etiquette’s emphatic advice to the mad men of 1953. “You can’t afford to be conspicuously sober after everyone else has ‘loosened up’ — particularly since you will later want to claim that you were too tight to remember having seen the Big Blow-up — but don’t kid yourself into thinking you can ‘hold your liquor’ well enough to surmount the hazards of an office party.” Note both the expectation of “the Big Blow-up” (perhaps the moment when a soused coworker told the boss to go to hell) as well the need to at least appear to have imbibed, less one’s climb up the ladder be impeded by questions about one’s manliness.

That same year, the Los Angeles Times labelled the drunken office party “A Growing Christmas Scandal,” a custom filled with “danger and disgrace” that too often brought “an aftermath of embarrassment — or worse — in both home and office.” The article went on to describe parties where “Secretaries, switchboard operators and file clerks tilted paper-cup highballs with executives and salesmen” before the lights were turned off at five o’clock “and the doors of some of the private offices were… discreetly closed.” Sometimes the parties went all night; there were cases where executive daddies didn’t get home in time to open presents with the kids the following morning. The answer, according to the Times, was a family-friendly holiday party where children and spouses were welcome. 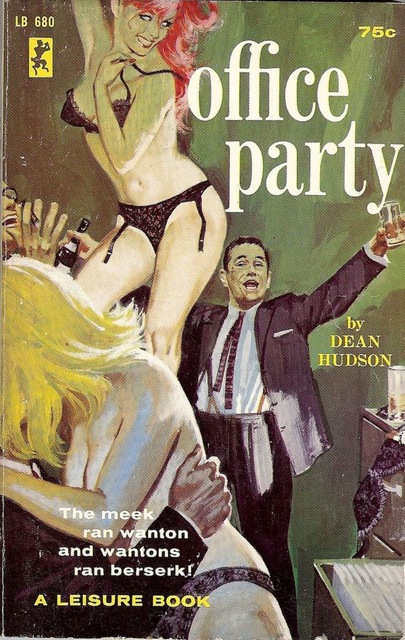 An “old-timer” decried this trend towards “tamer” office parties: “I remember the year the bookkeeper was chasing a stenographer from the top of one desk to another, and he fell off and broke a leg,” he wistfully recalled. “We used to gather around the water cooler and sing and then have a fist fight or two.”

A decade later, Helen Gurley Brown bemoaned that “wives and the local police department, who complained that husbands were driving home intoxicated” had killed the free-for-all office party (“as crowded as Churchill Downs on Derby Day and so noisy you can’t hear a cry for help.”). But the writing had long been on the wall. The problem was not buzzkill spouses, but liability. “Boss Pays for Actions of Office Party-goer” read a Business Week headline in 1954, and three years later the magazine asked “Why Office Parties Go Wrong.” (Drunken driving was certainly the most common cause of fatalities related to office parties, but not the only one. In 1966, the widow of a 41-year-old salesman was awarded workers’ compensation when her husband died after doing the twist at his company party.) 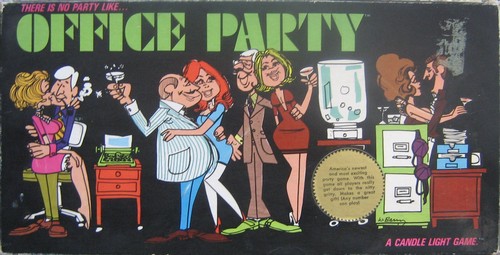