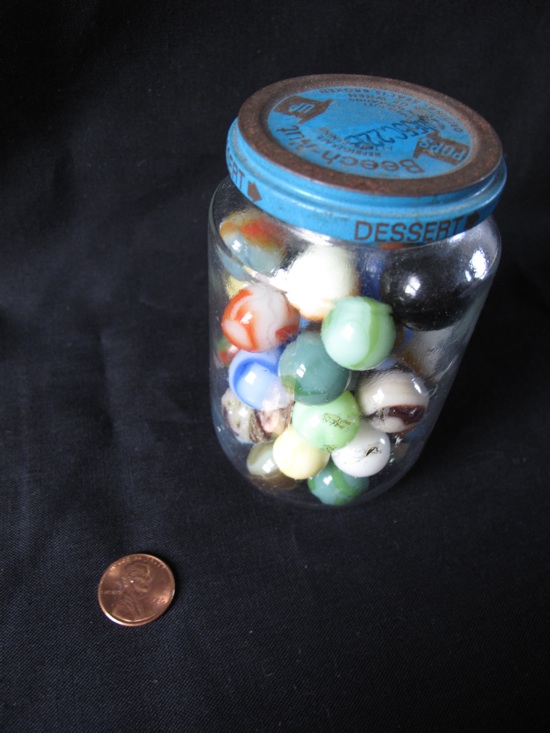 I pull a marble from your skull each time we kiss. “Give it back,” you say, each time.

I put the marble in my pocket. Later, I will hide it with the others. But not now, because now you’re watching. Now you’re getting mad. I knew you would, and now you’re doing it. You cross your arms. Your features droop. Not just your lips but your eyelids and ears and the cleft ball of your chin. All of it droops. I laugh at you. “Come here, Droopy,” I say, and I try to kiss you, but you pull away.

“I just read an interesting article about a hunchback,” I say. “They put him on display in a museum until he withered and when they did an autopsy they found that his hump was filled with marbles. And they marveled at the marbles. Don’t you think that’s unfair?”

“You are a funny bird,” I say. “But I’m bored of this. I’m going for a walk.” I put my shoes and my jacket on and I go outside, but I don’t really go for a walk. I just stand beside the door and count to 35,000. Then I go back inside. You’re tidying up. I can tell that you’re still angry because you’re tidying up and because your nose is drooping as you do it. “Are you hungry?” I say, but you don’t answer. “Is there still chicken in the fridge?” I say, but you say nothing, so I open the fridge to look. The chicken is gone. How could you eat all that chicken? Did you give it away?

“It was lovely,” I say. “I ran into Vladimir Putin in the form of a crow. We’re Facebook friends. He sang the most beautiful song. It was called, ‘Give it Back.’” I sing it for you, swinging my hips like a metronome gone mad. “Give it back, give it back, give it back now. Give it back, give it back, give it back now.” And I take your hand and pull you to me because I want to be close to you and I want you to dance with me and to love me as much as I love everything in this world. But your hand is balled tight and your body is stiff and you’re not drooping at all anymore. Instead you’re crying. You’re covering your face. “Oh baby,” I say, “Don’t be sad.” And I unball your hand and squeeze your fingers and run the fingers of my other hand across your cold and teary face. “There’s nothing,” I say, “but nothing, to be sad for.” And I kiss your fingers and your dry lips and with my free hand I reach up and I stroke your hair and I poke about until I feel the bulge and then I dig in with my nails and pull another marble from your skull.

See All Posts by Ben Ehrenreich

Ben Ehrenreich is the author of The Way to the Spring: Life and Death in Palestine, and of two novels, Ether and The Suitors.