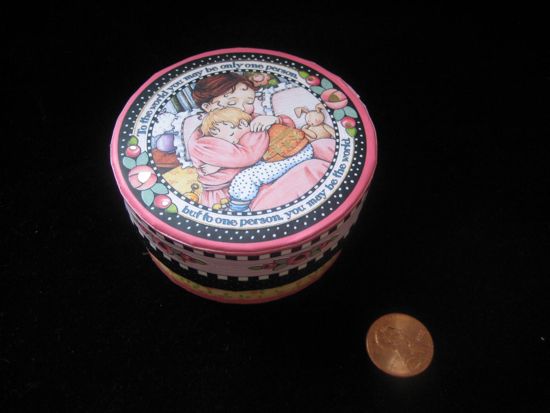 On December 17, 1948, the Humboldt twins entered the world, Jerome screaming, Luke laughing. This pattern held. Jerome grew up to be as petulant, difficult and miserable as Luke was cheery, optimistic and polite.

Their father, Max, owned the Humboldt Tiny Decorative Box Corp., the main employer in Ossipee, N.H. He grew to hope Luke might one day take over the business. After all, Luke loved crafts — at the age of nine, he’d papier-mâchéd a doghouse in a perfect replica of Frank Lloyd Wright’s Wingspread House. (The doghouse remained sadly unoccupied, as Jerome’s cock-fighting ring had placed the family on the ASPCA’s “watch list.”) But at his wife Sheila’s urging, to avoid the appearance of favoritism, in 1969 Max willed the business to both boys.

This was a horrible mistake. Not six months after drawing up the will, Max died from what is known in the decorative-box trade as “varnish lung.” (The coroner tactlessly described Max’s lungs to Sheila as “the shiniest I’ve ever seen.”) At the time, Luke was in Ecuador with the Peace Corps, teaching tribal children appliqué and découpage. And so it fell to Jerome to lead the company.

To everyone’s surprise, Jerome leaped at the opportunity. Far from lacking interest in the family trade, he’d quietly written a manifesto, “On the Morality of the Small Box,” arguing that tiny boxes were a means to liberate the world from falsehood — and any box that failed to do so was “a plywood sin.” He swiftly redesigned the company’s wares, banishing all forms of decoration; the factory soon produced only severe black boxes, adorned with 9-point Courier declarations: “Love is a precursor to sorrow.” “Joy fades.” “Pets die.”

The boxes were a disaster. Within six months, business had tapered off to zero, and the payroll dwindled to one: Jerome. Ignoring the pleas of the townspeople, Jerome persisted, drinking heavily and hand-making his grim boxes late into the night.

What happened on Christmas Eve, 1970 was, Sheila insists, an accident; out of deference to her, let us say that it was. That night, Jerome accidentally fell into the hydraulic laminator, having accidentally disabled its safeguards. The machine swiftly rendered his body into a shiny oblong disc of viscera. Horrifically, his body was found by none other than his brother, who tiptoed into the factory early Christmas morning, hoping to surprise his father and share tales of his Ecuadoran glitter co-operative, only to find his brother’s pressed corpse.

Such an event might have broken another man. But Luke worked through his grief, throwing himself into designing his brother’s coffin. To accommodate the corpse’s unusual shape, the container was necessarily round, and he decorated the lid with a tender photo of Sheila cradling Jerome. (A photo, Sheila later confided to friends, snapped moments before Jerome bit her.) But the night before the funeral, the casket remained maddeningly incomplete. Then Luke’s eyes lit upon the inscription on one of his brother’s boxes: “To one person, you may be the world, but to the world, you’re only one person.” And he realized that it needed but a slight tweak. In what became number 3 on Small Box Monthly’s list of the 100 Most Significant Moments of the 20th Century, Luke Humboldt reached for the paint. He wrote: “To the world, you may be only one person, but to one person, you may be the world.”

The next morning, as the casket was lashed to the roof of a hearse, an onlooker muttered, “Now there’s a box someone might buy.” And Luke — looking out upon the unemployed citizens of Ossipee — knew what he had to do. That very evening, he started producing small replicas of Jerome’s splendid coffin. To you, this may be just one small box. But to Luke Humboldt, this box contains the world.

See All Posts by Tim Carvell

Tim Carvell is Executive Producer of Last Week Tonight with John Oliver. He is author of Planet Tad and Return to Planet Tad.