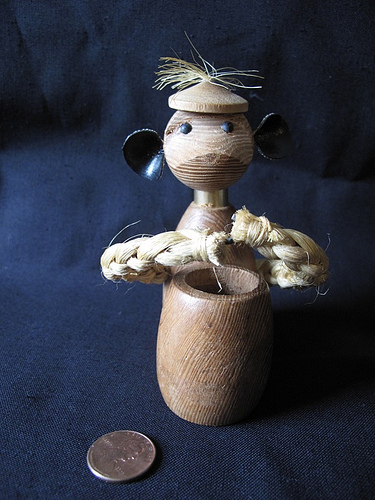 I was more or less in love with this girl, and her name was Samantha. I thought I was ugly, and she thought she was, but the truth is she was beautiful from every direction you could name, and in bed we made each other feel like astronauts. I had a way of entertaining her with the most common phrases, like “I’ll read you the riot act” or “Mum’s the word.” She used this lavender face soap, and I always said that kissing her was like chewing on a flower, which made her laugh, and that was the main thing, but I meant it, too, so what can you do?

She liked to tell me about her childhood, all the buzz and adventure of it, and every so often she would ask me to share a story from my own. “It was just your ordinary childhood,” I would say. “I seem to recall there was some upbringing involved, and then, all of a sudden, I was upbrought.”

And she would stroke my wrist and say, “Nothing about you is ordinary. Not to me.”

So I would make up something about the day I got caught trying to climb onto the roof of my school or the time I adopted a stray dog and hid him in the basement. The truth is that I didn’t remember my childhood, or at least not much of it. It was as if I had reached puberty, taken the first twelve years of my life, and stuffed them in a sack. I was one of those people.

Samantha was always coming home with these trinkets she would pick up at thrift stores or flea markets. One day, on the kitchen counter, I found this little rope and wood figurine, about the size of a saltshaker. It looked exactly like a toy my dad had bought for me at a garage sale when I was a kid: the same spoon-shaped ears, the same Chinese hat. I had named him Mickey the Drum, I remembered. I had a vivid recollection of looking at him on the shelf above my dresser and feeling this bottomless sadness that he didn’t have a mouth.

All of the weight in me seemed to sink to the floor suddenly, as if some plug had been popped loose and I was being tugged down out of myself. That was the beginning for me.

A few nights later, when Samantha asked me for a story from my childhood, I obliged her. I told her about the time I woke up and it had snowed and I stood at my window eating maple and brown sugar oatmeal and watching the flakes tumble from the sky. The next night, I described the sock fights I used to have with my cousin, the two of us whipping each other with these athletic socks that had tennis balls stuffed in their toes. And then there was the day I wore a temporary tattoo to school that said “Lawyers do it in their briefs.” And losing my walkie-talkie at the grocery store. And making the lion at the zoo roar by yawning at him.

My childhood was fine, it was nothing, and before long a funny thing happened. Samantha quit asking me about it. There was no mystery to me anymore, and I think she realized that. Now, in the evening, when we watch TV, I might say “He gives me the willies” or “That really gets my goat,” and she will pinch out a smile but she will not laugh, and I can see her wondering if I might not be ordinary.

I remember what it felt like to wake in the morning with her hands holding tight to me and my pajamas already half off. There was a time, and not so long ago, when the days rang out like coins.

See All Posts by Kevin Brockmeier

Kevin Brockmeier is the author of eight books, including, most recently, A Few Seconds of Radiant Filmstrip: A Memoir of Seventh Grade.