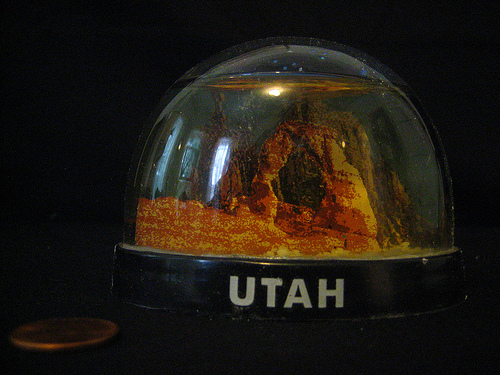 My granddad’s granddad had a box under his bed. If you got to open the box (you had to beg) you would find a little door. The little door had a combination on it that you had to know to get inside the second box, which I did. I had the combination tattooed on my spinemeat when I was four while on a trip to see the circus. The tattoo was free. My granddad’s granddad was very powerful and rich.

With granddad’s granddad in the bed asleep above me, I opened up the box inside the box. My knees were bloody from the begging. I could see way down into the box. There was a black pattern, then a ladder. I fell forward and grabbed ahold. The inside of the box smelled like the backyard where the money got made from skin. I began to climb along the ladder, getting older every rung. I was a very special boy.

The room under my granddad’s granddad’s room was octagon-shaped. As I climbed into the room, the mouth to it closed. The walls along the room were lined with little cubbies. There were more cubbies than I have days I’ve lived, or hairs that I have grown, which is also more than how many mouths I’d put my mouth against if I lived to be very, very old.

The globe containing UTAH made a burning sound against my head, and there were all these people chanting, and my face got all sandy and all wet. I shook it and it made my blood tingle and some coins appeared in my hands. I had so many gold coins I could live forever. Some of the coins were chocolate, which was food.

The ladder would not come back down. I could find no door in all the cubbies. No doorbell or key or gun.

See All Posts by Blake Butler

Blake Butler is the author of 300,000,000, Sky Saw, There is No Year, Scorch Atlas, and Ever, as well as the nonfictional Nothing: A Portrait of Insomnia. His fourth novel, Alice Knott, will be published in 2020.