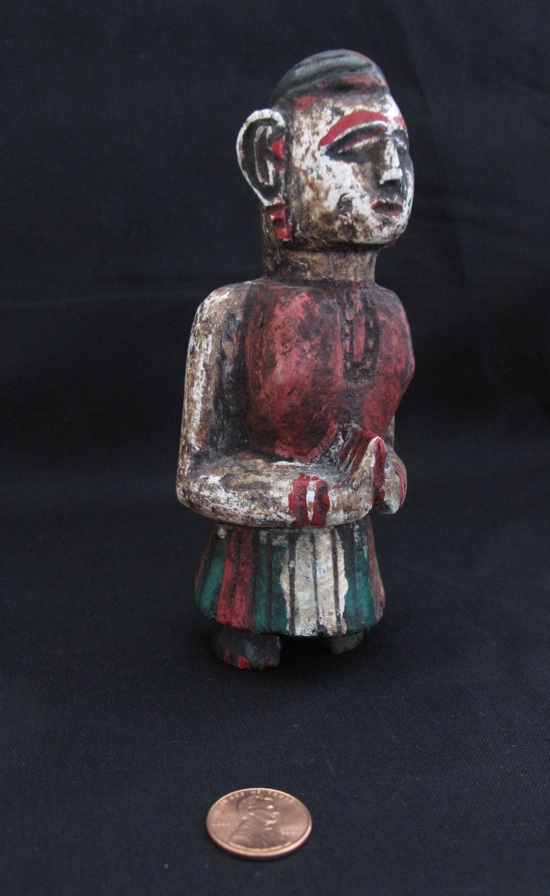 Several weeks ago I was biking around the Lower Ninth Ward of New Orleans, or what’s left of it, and shooting photographs of the rebuilding process. I have been hearing the same two descriptions over and over — “It’s like a war zone” and “It’s like a bomb went off” — but the reality is more like something from the Old Testament, something supernatural. Most of the original residents of the neighborhood I visited that day have moved on — into formaldehyde-poisoned FEMA trailers, to Baton Rouge or Lafayette, to Texas or Mississippi. Those who have moved in fill the streets with foreign, burning smells and songs that are strange even by New Orleans standards. The new residents mark the streets with incomprehensible runes. They tell me the loa have never left.

That day, a small but vocal crowd had gathered at an unmarked and all but deserted crossroads. Several women were holding on to a panicky stray goat. Their jewelry glittered in the afternoon sun. I stopped to take some pictures and was told that a young man had attempted to steal a car at gunpoint, but was thwarted by the neighbors and detained. But before the women could determine a suitable punishment, the would-be thief transformed himself into a goat in order to avoid capture. There were witnesses.

“Someone fetch The Judge,” the oldest of the women said.

A small girl took off on foot and returned fifteen minutes later holding a sack of silvery cloth. She handed it to the old woman, who, with a flourish, reached in and removed this figurine — The Judge. She held the idol over her head and then placed it on the ground next to the goat. The other women released the animal. Everyone stepped back to form a wide circle and await the verdict. The goat’s eyes appeared mournful and even, I must admit, guilty of some crime.

“The Judge will soon decide the fate of the thief,” the old woman said.

“Meh meh meh!” the goat said, then it took off in a trot.

It was a terrible thing to do, I know, but amid the pandemonium I threw the idol into my camera bag and pedaled away.

That night I put The Judge on my bedside table, but was unable to sleep. I felt the idol watching me. Weeks later, I remain sleepless and have grown irritable and feverish. It was The Judge — he was hectoring me but also, I knew, praying for me. Then, this morning, I took a half-slumbering walk to the corner for coffee and, I swear to you, saw a goat drive by in a blue Toyota four-door.

See All Posts by Andrew Ervin

Andrew Ervin is an American writer whose debut 2010 novella collection Extraordinary Renditions was selected by Publishers Weekly as one of the Best Books of 2010. His 2015 debut novel Burning Down George Orwell’s House was listed as an Editor's Choice in the New York Times Book Review.