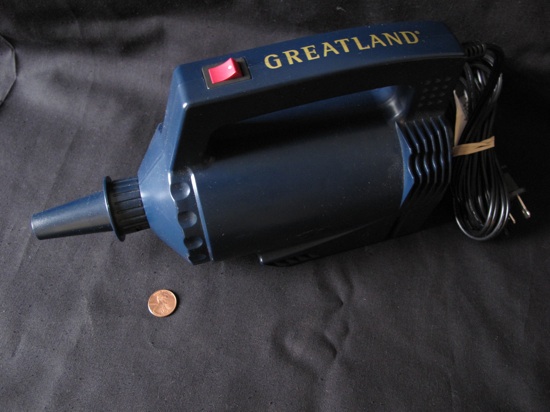 From June 1996 to February 1999 I worked as a manager at a well-known electronic supply retailer in a mostly vacant strip mall on the outskirts of a medium-sized metropolitan area located in the southeastern United States. I don’t say this to brag but simply because it is a fact like the inevitability of death or the importance of placing a plastic weather boot on exposed coax cable to prevent moisture seepage.

During that time I lived in a 900-square-foot two-bedroom apartment overlooking a popular name-brand eatery famous for its spicy boneless chicken with the assistant manager for the same well-known electronic supply retailer who, for the purposes of this description, I will refer to as AMFTSWKESR. AMFTSWKESR and I spent our days fielding inquiries from a continuous procession of would-be technology users who wondered either a) why a 3.5mm plug could not be inserted into a 2.5mm jack or b) if the computer came with the Internet already on it or if that cost extra.

To these conundrums we would respond, “You make a point” or “That is a question.” Deeming their points “interesting” or their questions “good” seemed to us a violation of certain ideals which, while not expressly stated, were understood to be sacrosanct. In the evenings AMFTSWKESR and I would perform a cursory inventory, place the large bills in the downstairs safe, and drive my fuel-efficient two-door to the aforementioned popular name-brand eatery where we would order spicy boneless chicken and act out our favorite customer encounters from that day. Then we would return to our apartment, plug in the item pictured above, and stare at it transfixed until one or both of us passed out on the thrift-store couch, our nametags still affixed to our wrinkled knit shirts.

In November of 1998 AMFTSWKESR moved to the midwestern United States to be close to a curly haired woman he met in a chat room for people with a shared interest in a commercially unsuccessful science fiction film from the 1980s. The pictured item belonged to AMFTSWKESR, but he left it behind because he thought I might get more use out of it, a gesture intended to indicate that our roughly two-and-a-half-year friendship had been equally meaningful to him. Or that is what I took it to indicate.

Minus AMFTSWKESR’s presence at this particular branch of the well-known electronic supply retailer the position became unbearable and I tendered my resignation shortly thereafter. In the intervening decade I have held a series of nearly identical jobs and lived in a number of nearly identical apartments and yet it all feels like a pathetic foreign replica of that short-lived period, an assertion which is either a) a reminder that the days you’re living now may be as close to halcyon as you’ll ever come or b) a testament to my inexplicable fondness for a seemingly unremarkable and long-since-ended chapter of my admittedly non-noteworthy existence.

Some may wonder why I would offer this corded totem for sale to the general public or why I would find it necessary to dwell on my personal work history rather than more pertinent information as to the item’s current condition and functionality. They may, for instance, ask: What is it? To which I must reply: That is a question.

See All Posts by Tom Bartlett