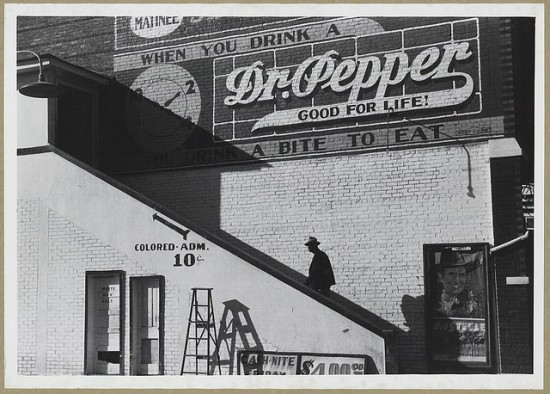 HILOBROW is pleased to present the first installment of our serialization of “The Comet,” a 1920 science fiction story by W.E.B. DuBois, the most important black protest leader in the United States during the first half of the 20th century. “The Comet” was originally published as the tenth chapter of Du Bois’s avant-garde fiction, poetry, and autobiographical collection Darkwater: Voices From Within the Veil. New installments will appear each Tuesday for five weeks.

He stood a moment on the steps of the bank, watching the human river that swirled down Broadway. Few noticed him. Few ever noticed him save in a way that stung. He was outside the world — “nothing!” as he said bitterly. Bits of the words of the walkers came to him.

Everybody was talking of it. Even the president, as he entered, smiled patronizingly at him, and asked:

“No,” said the messenger shortly.

“I thought we’d journeyed through the comet’s tail once,” broke in the junior clerk affably.

“Oh, that was Halley’s,” said the president; “this is a new comet, quite a stranger, they say — wonderful, wonderful! I saw it last night. Oh, by the way, Jim,” turning again to the messenger, “I want you to go down into the lower vaults today.” 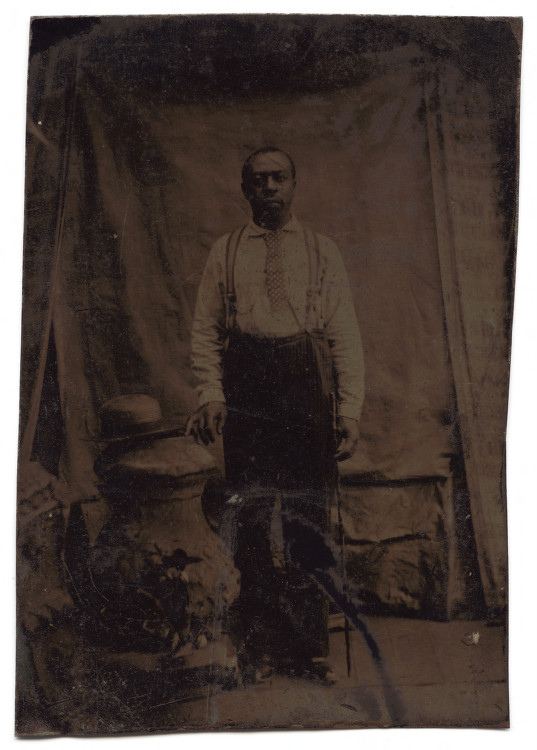 The messenger followed the president silently. Of course, they wanted him to go down to the lower vaults. It was too dangerous for more valuable men. He smiled grimly and listened.

“Everything of value has been moved out since the water began to seep in,” said the president; “but we miss two volumes of old records. Suppose you nose around down there, — it isn’t very pleasant, I suppose.”

“Not very,” said the messenger, as he walked out.

“Well, Jim, the tail of the new comet hits us at noon this time,” said the vault clerk, as he passed over the keys; but the messenger passed silently down the stairs. Down he went beneath Broadway, where the dim light filtered through the feet of hurrying men; down to the dark basement beneath; down into the blackness and silence beneath that lowest cavern. Here with his dark lantern he groped in the bowels of the earth, under the world.

He drew a long breath as he threw back the last great iron door and stepped into the fetid slime within. Here at last was peace, and he groped moodily forward. A great rat leaped past him and cobwebs crept across his face. He felt carefully around the room, shelf by shelf, on the muddied floor, and in crevice and corner. Nothing. Then he went back to the far end, where somehow the wall felt different. He sounded and pushed and pried. Nothing. He started away. Then something brought him back. He was sounding and working again when suddenly the whole black wall swung as on mighty hinges, and blackness yawned beyond. He peered in; it was evidently a secret vault — some hiding place of the old bank unknown in newer times. He entered hesitatingly. It was a long, narrow room with shelves, and at the far end, an old iron chest. On a high shelf lay the two missing volumes of records, and others. He put them carefully aside and stepped to the chest. It was old, strong, and rusty. He looked at the vast and old-fashioned lock and flashed his light on the hinges. They were deeply incrusted with rust. Looking about, he found a bit of iron and began to pry. The rust had eaten a hundred years, and it had gone deep. Slowly, wearily, the old lid lifted, and with a last, low groan lay bare its treasure — and he saw the dull sheen of gold!

A low, grinding, reverberating crash struck upon his ear. He started up and looked about. All was black and still. He groped for his light and swung it about him. Then he knew! The great stone door had swung to. He forgot the gold and looked death squarely in the face. Then with a sigh he went methodically to work. The cold sweat stood on his forehead; but he searched, pounded, pushed, and worked until after what seemed endless hours his hand struck a cold bit of metal and the great door swung again harshly on its hinges, and then, striking against something soft and heavy, stopped. He had just room to squeeze through. There lay the body of the vault clerk, cold and stiff. He stared at it, and then felt sick and nauseated. The air seemed unaccountably foul, with a strong, peculiar odor. He stepped forward, clutched at the air, and fell fainting across the corpse.

He awoke with a sense of horror, leaped from the body, and groped up the stairs, calling to the guard. The watchman sat as if asleep, with the gate swinging free. With one glance at him the messenger hurried up to the sub-vault. In vain he called to the guards. His voice echoed and re-echoed weirdly. Up into the great basement he rushed. Here another guard lay prostrate on his face, cold and still. A fear arose in the messenger’s heart. He dashed up to the cellar floor, up into the bank. The stillness of death lay everywhere and everywhere bowed, bent, and stretched the silent forms of men. The messenger paused and glanced about. He was not a man easily moved; but the sight was appalling! “Robbery and murder,” he whispered slowly to himself as he saw the twisted, oozing mouth of the president where he lay half-buried on his desk. Then a new thought seized him: If they found him here alone — with all this money and all these dead men — what would his life be worth? He glanced about, tiptoed cautiously to a side door, and again looked behind. Quietly he turned the latch and stepped out into Wall Street.

How silent the street was! Not a soul was stirring, and yet it was high-noon — Wall Street? Broadway? He glanced almost wildly up and down, then across the street, and as he looked, a sickening horror froze in his limbs. With a choking cry of utter fright he lunged, leaned giddily against the cold building, and stared helplessly at the sight.