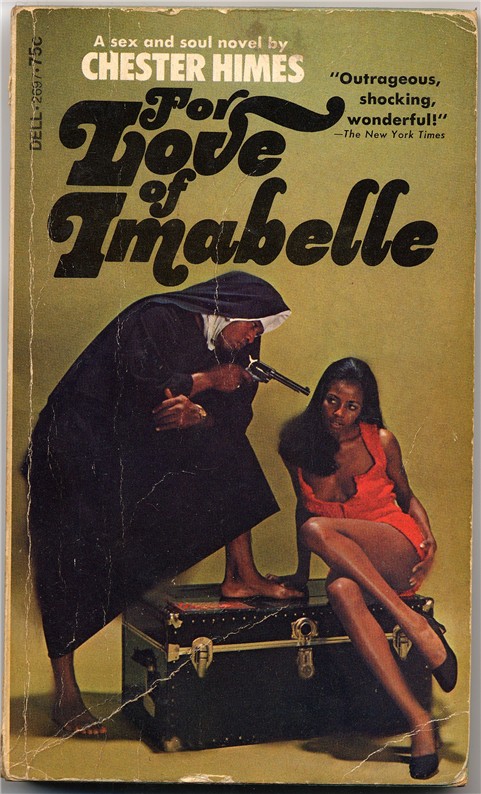 If CHESTER HIMES (1909-84) hadn’t found himself broke in France in the mid-1950s he might today be remembered only as the author of some acute, painful treatments of racism and prison life — the kind of books that are shelved under O for “obligatory” and seldom if ever read for pleasure. But an encounter with Marcel Duhamel, who founded the pioneering Série Noire line of rough-edged crime novels, led him to toss off nine riotous, breakneck pulp masterpieces. In these books, mostly featuring the black police detectives Coffin Ed Johnson and Grave Digger Jones, the law equals white rule, and therefore every single person — including the detectives — stands on the wrong side. While A Rage in Harlem (1957), The Real Cool Killers (1959), and the difficult, exhilarating Blind Man With a Pistol (1969), among others, make many of the same points as his earlier social realist exercises, the pain and despair are inextricably entwined with the laughs and thrills. There isn’t another crime writer who so effectively used the genre to turn vinegar into wine.

On his or her birthday, HiLobrow irregularly pays tribute to one of our high-, low-, no-, or hilobrow heroes. Also born this date: | Max Fleischer | Vladimir Mayakovsky |