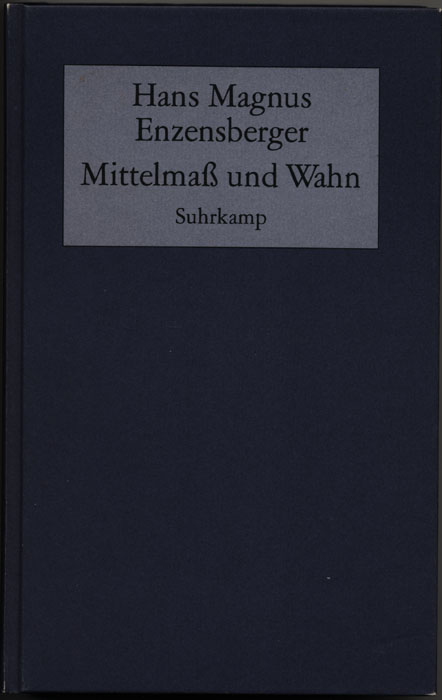 HANS MAGNUS ENZENS­BERGER (born 1929) is a poet, critic, playwright, translator, magazine editor, and author of children’s books about science and mathematics. He has often been called Germany’s greatest living poet. T. W. Adorno, introducing him in 1964, said, “All we have in German literary criticism, nay, in criticism as such, is Hans Magnus Enzensberger… and a few scattered attempts.” He nevertheless remains largely unknown to English-language readers, and if he were somehow given the Nobel Prize there would be the usual outcry. That is in part because he has covered so much ground in so many different fields that he cannot be characterized in a paragraph, let alone a phrase. He is a clear, hard thinker with a deep understanding of contradiction and a dark sense of humor, who writes clear, spare aphoristic prose. Some of his most striking work has addressed progress (the poem cycle Mausoleum, 1975), the media (The Consciousness Industry, essays, 1974), terrorism (“Dreamers of the Absolute,” 1964, and “The Radical Loser,” 2005), apocalypse (“Two Notes on the End of the World,” 1978), and the security state (“Towards a Theory of Treason,” 1964, and “Secrets of German Democracy,” 1979). In that last one, he optimistically predicts the downfall of the security state by “erosion, with its four slow, irresistible riders: laughter, muddle, accident, and entropy.”