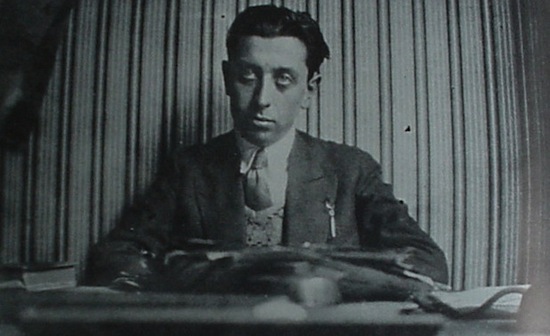 ROBERT DESNOS (1900–45) joined the Surrealist group in 1922 and soon was noted for his ability to emit poems, aphorisms, and complex puns while apparently asleep. By 1924 André Breton could proclaim: “Surrealism is the order of the day, and Desnos is its prophet” — which did not prevent him from excluding Desnos from the group five years later. By then Desnos was collaborating with Breton’s enemy Georges Bataille and objecting to the Surrealists’ alliance with the Bolsheviks, whom he didn’t trust. Nevertheless his poems continued to exemplify the most romantic strain of Surrealism, magnificently lovelorn over the singer Yvonne George and later idealizing his wife, Youki. Meanwhile he wrote numerous screenplays, a few of which were produced, notably L’Étoile de mer, directed by Man Ray; contributed to magazines and newspapers, often as a music critic; wrote the libretto to Kurt Weill’s La Grande Complainte de Fantômas (the music of which is now lost); and became a radio personality — a disk jockey, actually, a novelty at the time. He continued his career during the Occupation even while actively participating in the Resistance — a dangerous game especially since Céline had denounced him as a “philo-kike,” and another fascist writer, whom he had publicly slapped, maneuvered to have him arrested. This happened in February 1944, and Desnos was sent to a succession of camps, ending up at Terezin, where he died of typhus a month after it was liberated by the Soviets.

On his or her birthday, HiLobrow irregularly pays tribute to one of our high-, low-, no-, or hilobrow heroes. Also born this date: Rube Goldberg and Meyer Lansky.