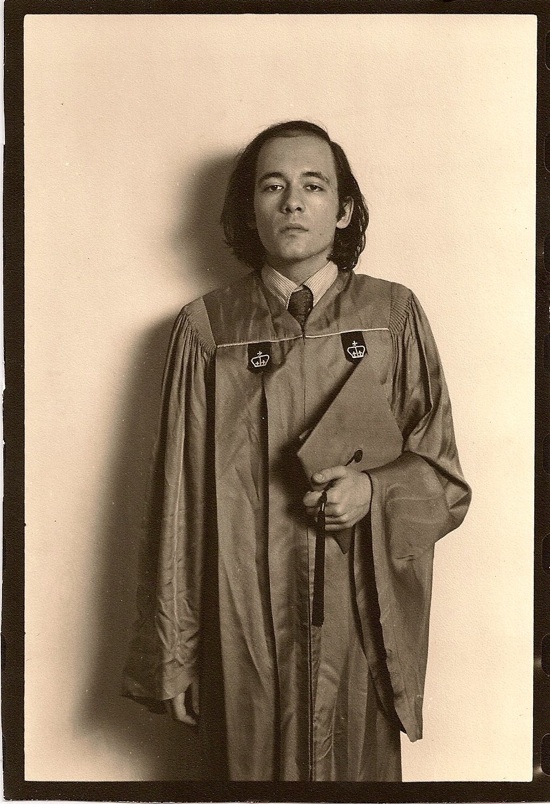 THAT IS THE APT TITLE of the Columbia University fight song. It’s odd that I remember it, because I can’t have heard it more than once or twice — my time there was the absolute nadir of school-spiritism, fraternities, attendance at sporting events. The old traditions were dying like bugs in a jar, and I did my best to help see them off. Still, the song’s sentiment was implicit in the university’s conduct, an arrogance barely dented by the events of a few years earlier — forty years ago this month.*

Columbia University in the spring of 1968 was preparing to construct a gymnasium in Morningside Park, a park outside the school’s property line and used mostly by the residents of Harlem. Very generously (in its own view) the university would allow Harlemites — who in those days were nearly one hundred percent African American — use of the gym, as long as they entered through the back door. To make a complicated story very simple, Rap Brown informed the citizens of Harlem of Columbia’s plan and Students for a Democratic Society informed the students, and very soon the campus was enjoying an occupation and a strike. The gym, and the Jim-Crow and land-grab matters it entailed, remained at the center of the outrage, although Vietnam, corporate investment, institutional racism and elitism, the purpose and design of education, unthinking assent to social injustice, and dormitory visiting rules also entered the equation. Few people realize that Columbia’s Spring ’68 bacchanal preceded the one in Paris by several weeks.

A bacchanal it remained only briefly, though. The administration refused to negotiate with the striking students, the police came in with helmets and clubs and badge numbers blacked out, and they were abetted both by right-wing students and by the faculty, whose studied neutrality led them to block food deliveries to the strikers — their high-minded cowardice illustrates better than anything why “liberal” remained a vitriolic insult on the left for many years. Quite a lot of blood was shed. The police broke heads of people who were only standing up for principles. Nothing like it had been seen, at least not subsequent to the 1930s or north of Mississippi. If you want to read more, please see Hilton Obenzinger’s extraordinary personal account, Busy Dying (Tucson: Chax, 2008).

I entered Columbia in the fall of 1972. The last real flare-up had occurred the previous May, when an antiwar demonstration led to a Days of Rage-style smashing of Fifth Avenue shop windows. I enthusiastically attended the semester’s first meeting of SDS, only to have it turn out to be the meeting at which the local chapter dissolved itself. After that came political fatigue. I first heard the term “political correctness” then, but what it meant was that some campus politico would confront you on the Walk and ask where you stood on, say, the Polisario Front, and you knew it was a trick question — were they the true Spearhead of the People, or merely running-dog roaders for the CIA? Political involvement meant endless factional disputes, paranoia, poison. Lyndon LaRouche was prominent, as well as several competing varieties of Maoists. You can tell by looking at the eyes of the figure above what replaced political passion for the rest of us.

Despite the prop robes, I never bothered graduating, although to be fair I had a number of great teachers and happily lost myself in the vastness of the library, as well as making seven or eight friends who are still my friends. Not having graduated (nine incompletes; hundreds of dollars in library fines) did not prevent me from returning to teach there, in the MFA program, a couple of decades later. The place was no friendlier then than when I had been a student, maybe even less, since the Reagan years had infused a renewed spirit of entitlement, and the radical shift in the value of Manhattan real estate had considerably increased the institution’s wealth. Right now Columbia is engaged in a wholesale annexation of West Harlem, proving that some things never change, although today there is little organized resistance and no publicity given to what there is. Anyway, the university is now only one of a hundred entities that could adopt the fight song as its own. — Luc Sante

Originally published at Luc Sante’s blog, Pinakothek. HiLobrow.com has curated a collection of our favorite Pinakothek installments. This is the second in a series of ten.