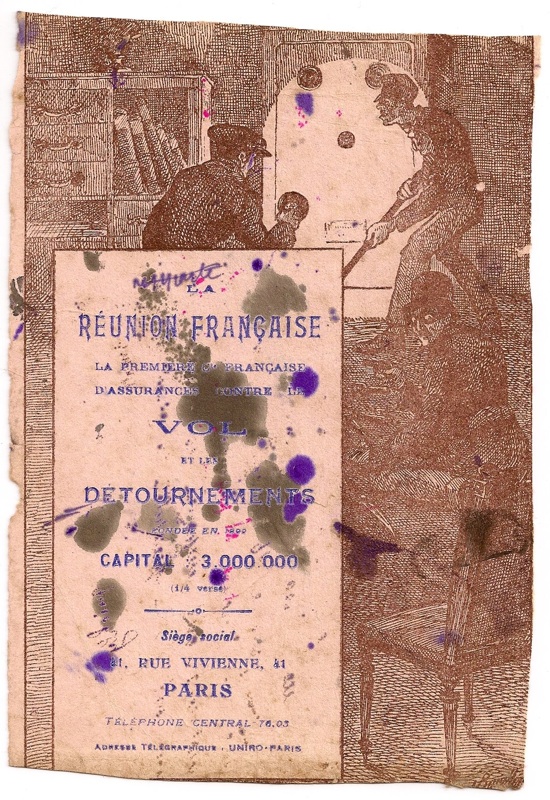 ONE DAY VERY SOON it will happen that our heroes, having searched and studied ancient property maps on file at the bureau of records, having rented a basement storage space on the opposite side of the block, having pretended to be a punk band and carted in instruments and actually played them very loud before switching to recordings of the same stuff played just as loud, having under cover of the loudness drilled a series of guide holes in the rear wall and then chiseled out the space between those holes, having collected the rubble in small cloth sacks and carried them out to the car and dropped them off a bridge under cover of night, having at last located the rear wall of the bank vault, having clipped all wires leading from the vault, having set off a series of fire alarms to distract the authorities and blown up a succession of metal trash cans with M-80s a block or two away to further confuse interested parties, having under that combined cover blown a hole in the rear of the vault with Semtex, having made their way into the vault, will find it as empty as Mother Hubbard’s refrigerator. No cash, just an assortment of worthless securities, a few blackmail-potential photographs, an A-Rod rookie card, and somebody’s collection of Beanie Babies. — Luc Sante

Between December 5, 2007, and January 3 of this year, Luc Sante — critic, historian, translator, and friend of HiLobrow.com; author of Low Life, Evidence, The Factory of Facts, and Kill All Your Darlings — published Pinakothek, a series of imaginative, incisive readings of tintype photos, 45 RPM record labels, cigarette-paper packs, torn dustjackets, and other paper ephemera unearthed from his crazy, mixed-up files. Sante’s blog is currently on hiatus, while he finishes up a few other projects. With his kind permission, we’ve curated a collection ten of our favorite Pinakothek installments. These will appear at the rate of one per week, starting today.