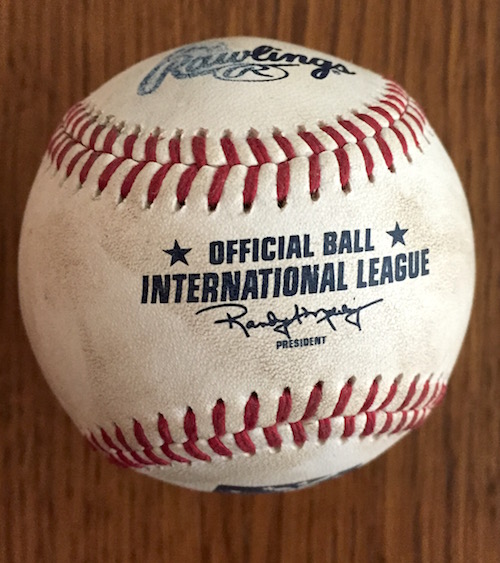 I was in Indianapolis for a convention I didn’t want to go to, for a job I didn’t like. The university I worked for, an art school, was looking to join the NCAA and I was supposed to go and “make connections,” which implied the need to talk to people I did not know about things I did not know about. The only consolation was that I had a free hotel room, four days, and could expense all my meals, minus alcohol.

So I wandered the downtown, hitting up museum after museum. The Eiteljorg, filled with Native American artifacts and paintings depicting the American West. The Indiana State Museum, which featured a who’s who of Hoosier celebrities like David Letterman and Axl Rose, Michael Jackson and James Dean. I went to the Kurt Vonnegut Memorial Library and sat in a replica of his writing den, admired the low coffee table inscribed with a quote from Thoreau: Beware of all enterprises that require new clothes. I avoided the panel discussions and social mixers.

The last night before I left, I walked down to the minor league ballpark — a beautiful riverfront stadium auspiciously named Victory Field — and asked the woman at the ticket window for the best seat in the house. For $7.50 I got a spot behind home plate and watched the Indianapolis Indians take on the Durham Bulls. I never played Little League and I’ve only ever been to a handful of games, but I’ve always liked the idea of baseball, the pace and precision, the way chance and statistics collide.

Sometime in the fifth inning, just after finishing a non-reimbursable beer and thinking about how to leave the stable job I didn’t like for the uncertainty of one I might, there was a pop-up foul ball. Everyone around me scrambled – gloves ready, eager to snag it midair – but it sailed past all the outstretched arms and landed right next to me, wedged into the empty seat to my right. I picked it up and held it in front of me, this good thing I didn’t expect or know I wanted until it was mine.

I quit the job; I took my chances. So far, so good. Now the ball sits on my desk to remind me you never know what’s coming. You put yourself in position. You swing. You wait and see.

In April and May 2017, we ran a Talisman Story Contest. The stories were judged by PROJECT:OBJECT’s Rob Walker and Josh Glenn, and by the legendary Annie Nocenti. Alex’s FOUL BALL story was one of three runners-up.

See All Posts by Alex Peterson

Alex Peterson is a Bay Area writer. His work has appeared in The Rumpus, Enclave, Passing Through, and sPARKLE & bLINK. He is a past winner of the Center for Fiction Flash Fiction Contest and finalist for the Zoetrope: All-Story Short Fiction Contest. His chapbook, Field Reports, was published in February 2017.