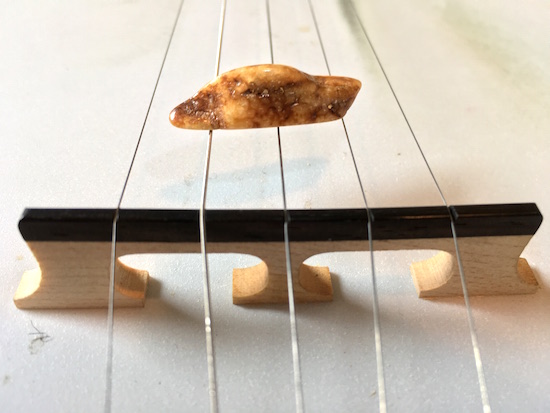 I keep a shard of mammoth ivory in my banjo case, cached among spare strings, finger picks and a few other good-luck items, a two-dollar bill and a dried crawfish claw, but only the ivory reconjures my initiation into the harsh and ragged spaces of banjo.

When I was 23 and drowning in the kind of loneliness a new town pours over you, and I didn’t know anyone, or what I was going to do with my life, I happened upon a bluegrass jam session held in the high-ceilinged Top Hat bar in Missoula, Montana. I just stood by the door, too intimidated to indicate I was listening, let alone enthralled. I’d been playing banjo a few years, by myself or with some friends. But here the musicians — burnouts, fishing guides, ceramicist stoners, folkies and probable wolfmen — dragged their chairs into a circle above floorboards worn down to nails and sour with beer last night’s dancers had spilled.

The next week I came back with two instruments, my banjo and a mountain dulcimer, tried them both. We played “John Hardy” and “Little Maggie” and “Banks of the Ohio,” and then I took a break to gulp down a shame beer. A mountain man with a thundercloud beard said I sounded pretty good: he was the first stranger to tell me anything like that. I didn’t catch his name, but he liked the dulcimer, and offered to trade for it. His hands were ruined from a work accident, he explained, and couldn’t play guitar anymore, but you only need to press a dowel to the strings at one end, and strum with the other. He showed me a few pieces of fossilized mammoth ivory he claimed to have found up around the ghost town of Garnett. We made the deal.

I never saw him again, though I kept coming to the jam session the rest of my time there, and in every city since have found people to play with, leading to important friendships and journeys. For twenty-five years, the ivory has stayed with the banjo, orbiting it, and like the moon it has strange pulls on me too. It might be that I still play banjo because getting rid of the banjo would require getting rid of the ivory, which doesn’t feel permissible. As ridiculous and useless as it is to be bound to a banjo, as reasonable as it would be to quit, to disburse the banjo, I won’t; it would void some contract of self, which although I signed too early to understand, underpins much of my thinking, the figures my mind makes, the stays against chaos. When I play banjo, I know things that I otherwise do not. But the banjo is just a field of interest, a means. The ivory is its claw.

See All Posts by Ed Skoog

Ed Skoog is the author of three collections of poetry, most recently Run the Red Lights (Copper Canyon Press, 2016).