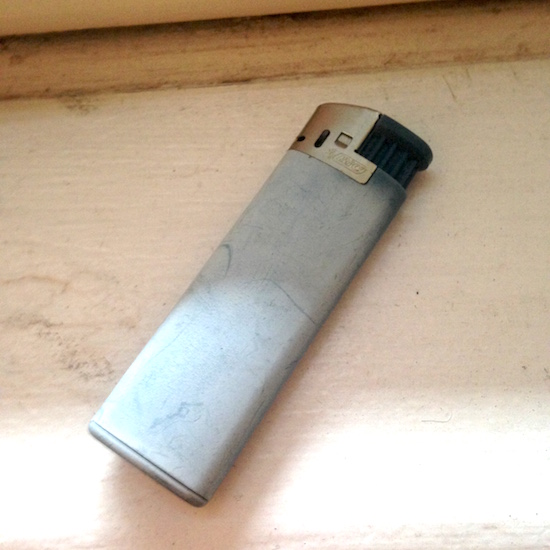 I never knew that the great art historian and critic Leo Steinberg smoked. It isn’t important that I would know, or that he did and continued to do so until soon before he died at the age of ninety in 2011. (Aside: vices can’t really be vices if they see you all the way to ninety, can they?) What is important to this small story is that on the windowsill next to my desk sits one of his old lighters — a faded blue-gray Bic — which for me is a priceless object, and my perfect talisman.

Like many an undergraduate student of art history, my introduction to Steinberg was his radical, seminal book The Sexuality of Christ in Renaissance Art and in Modern Oblivion. For a first-born daughter of a midwestern Catholic family, Steinberg’s text was immediately thrilling because of how naughty it was. To rewrite the meaning, the mysteries, of representations of Christ’s cock? This was a revolutionary act, and it was the first time I understood scholarship and thinking and writing as labors that required not only brilliance, diligence and rigor, but also in equal part bravery and irreverence. His was also one of my first lessons in how to think and see beyond and through certainty — which is an unearned condition, a dupe, for anyone spending time shadowboxing with the oddball ways of our world.

Four years ago, I began teaching in the MFA Art Writing program at the School of Visual Arts, where a couple hundred books from Steinberg’s personal library make up the core of the department’s own library. David Levi Strauss, the Chair, rescued these books and made them ours after the Getty took what it wanted for Steinberg’s official archive. Levi and his colleague, Annette Wehrhahn, decided they would also save a boxful of his dead lighters. When I was told of this collection, I of course asked for one, and was shown the box. I rummaged around, thinking one of the many lighters would announce itself as mine. It seemed from the pile that Steinberg had no preference for his lighter’s color, only that it be cheap, plastic, and disposable. I can’t remember why I chose the blue-gray one, but as soon as I picked it up, I flicked it, and out shot quick lick of flame — a sign, I thought. I felt smug, to milk the obvious metaphor, that I could now think of myself as a “keeper of the flame.” (It hasn’t spit fire since).

See All Posts by Jennifer Krasinski

Jennifer Krasinski is an art columnist for The Village Voice.