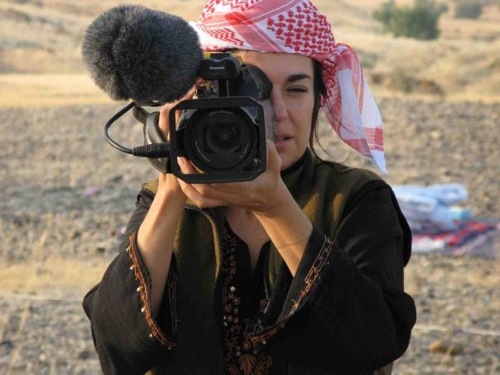 One of the most impressive things about ANNIE NOCENTI (born 1957) is her remarkable work teaching film in Haiti (especially in the aftermath of the earthquake) and Lapland, among other places. Another is her documentary and journalism on the Baluch and the clashing rocks of imperialism, nationalism, and anti-terrorism that have kept this vast, resource-rich, not-a-nation powerless and poor since the creation of Pakistan in 1947. Yet although Nocenti’s adventurous activism demands my attention, I am just sophomoric enough to be more awed by her nearly five-year run writing Daredevil, and the influential stew of politics, current events, and super-heroism that she created at Marvel. Worse, I am obsessed with Longshot, a funny character she created in 1985 for a six-issue run of that title. A rebellious simulacrum whose memory is erased, Longshot is a pulp Don Quixote in Bellona, a picaresque adrift in a sea of uncertainty. Armed only with a vague and muddied sense of purpose and heroism and an outlandish but wavering good fortune, he tries to sort out who the hell he is, while fighting off demons from his home dimension, narcissistic Hollywood directors, and the She-Hulk. Like with Samuel R. Delany’s Dhalgren, the moody sense of displacement and confusion of the main character is mirrored brilliantly in the reader — no small feat in this medium. In a tidal sea of interchangeable ’80s superhero comics, Nocenti’s stand out like Longshot’s weirdly glowing eye. If you’d told me that a few years later Nocenti would end up editing High Times, my head would have exploded. 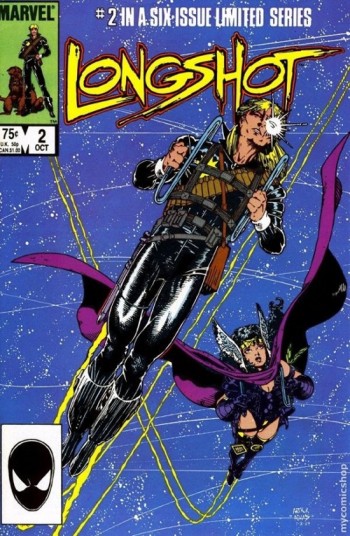 READ Annie Nocenti’s “Goudou Goudou” series of posts, about teaching film in Haiti after the earthquake, for HiLobrow.

On his or her birthday, HiLobrow irregularly pays tribute to one of our high-, low-, no-, or hilobrow heroes. Also born this date: Ari Up.