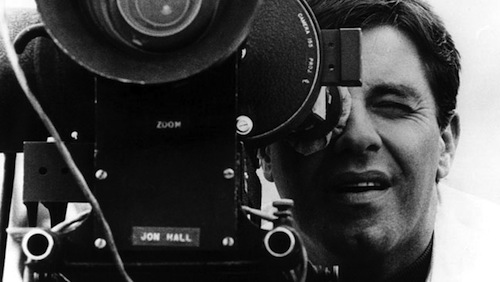 At age five, JERRY LEWIS (born 1926) mimed to opera records as part of a vaudeville family act. In 1945, he and Dean Martin paired up as a comedy duo. Quickly earning a reputation as great ad-libbers and masters of the the now-classic straight man/foil dynamic, they moved into pictures. But Martin felt he was playing second fiddle to the internationally adored, show-stopping Lewis — Look magazine cut Dino out of a cover photo for which the two had posed — and they split. Lewis went on to make slapstick classics like The Errand Boy (1960) and The Nutty Professor (1963), approaching these films — which often used the straight man/foil dynamic, Lewis’s inept characters up against authority — not just as a career comic but writing, directing, and producing them too. The fixation among his fans and film historians on his unreleased 1975 Holocaust movie The Day the Clown Cried is a kind of testament to Lewis’s well-earned appeal as a filmmaker. Since then, he has satirised his fame and the comedy industry at large in King of Comedy (1983) and Funny Bones (1995). In his memoir, Dean and Me: A Love Story, Lewis concludes that “people hate me because I am a multifaceted, talented, wealthy, internationally famous genius.”

On his or her birthday, HiLobrow irregularly pays tribute to one of our high-, low-, no-, or hilobrow heroes. Also born this date: Flavor Flav, René Daumal.