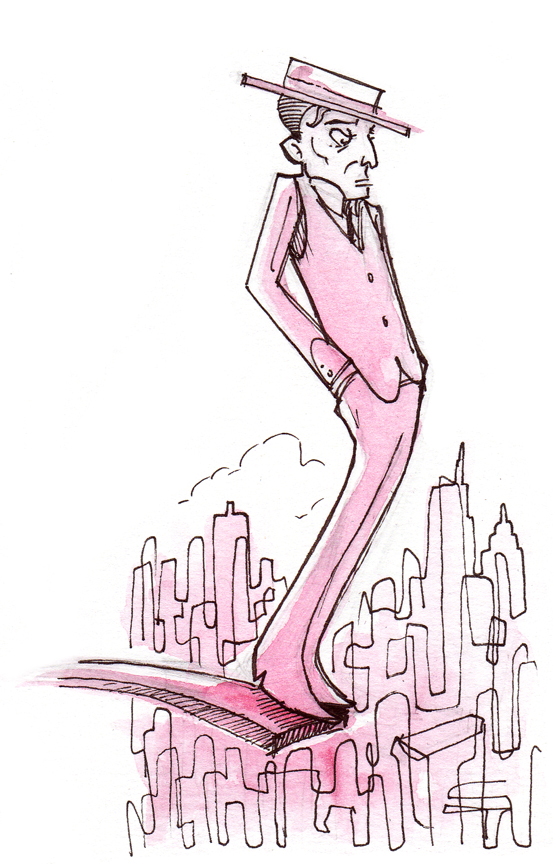 At one point in Billy Wilder’s Sunset Boulevard (1950), we find washed-up silent film stars literally and figuratively playing out their last hands. A small ashen-faced man declines to bid on consecutive hands, and with just a small movement of the head and a wrinkled brow, he manages to signal that he’s a former film giant reduced to playing for his keep. When he was a star, BUSTER KEATON (1895-1996) played the ingenue and the boyscout with heartbreaking aplomb. That signature Keaton look — brow furrowed, big eyes looking desperately to the heavens — is a perfect manifestation of his appeal. Where Chaplin was the coy clown, Keaton was the believable underdog. Where Lloyd was a show-off, Keaton was a craftsman. He was supposedly hardest on himself, and worked endless hours to get things exactly right. In the end, far from his showy tumbling antics and daring risks as a performer — he was the original Jackie Chan — Keaton’s genius lay in small, seemingly effortless movements made possible by a lifetime of ceaseless labor.