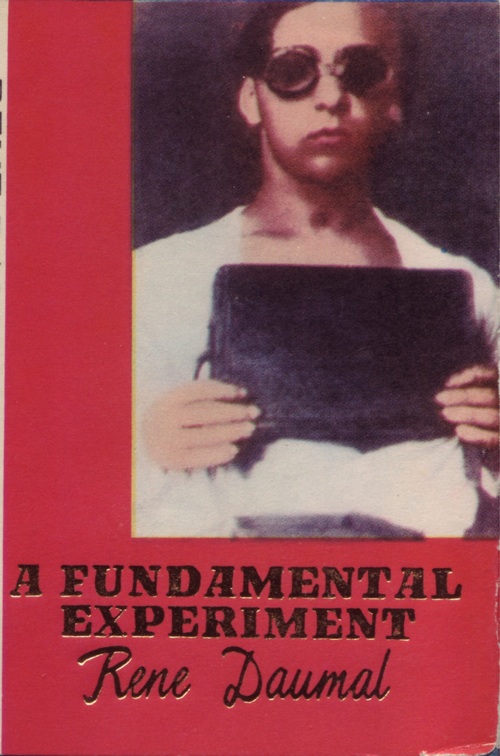 An unjustifiably obscure figure, RENÉ DAUMAL (1908-44) made his mark as much in how he moved through the world of letters as what he produced there. As a punky teenage sorta surrealist, Daumal baited Breton, did drugs, and wrote about his experiences in the journal Le Grand Jeu; in the following decades his study of Sanskrit, mountain climbing, and the Gurdjieff work refined his sensibility into a model of avant-garde spiritual revolt that remains pungent, relevant, and funny today. A poet, story-teller, and translator of Buddhist texts, Daumal also turned his intense process of self-inquiry into tart manifestos of absurdist negation. “I always deny being what I think I am.” Daumal’s most lasting works are his novels: the satirical Night of Serious Drinking and the great Mount Analogue, a masterpiece of 20th-century spirituality whose peculiar charm is suggested in its subtitle: A Novel of Symbolically Authentic Non-Euclidean Adventures in Mountain Climbing. Part Meetings with Remarkable Men, part Le Petit Prince, part pataphysical self-help manual, Mount Analogue was left fittingly incomplete upon Daumal’s early death from tuberculosis — a disease that may have resulted from the carbon tetrachloride he huffed as a wayward youth on the hunt for what he later called “the revelation of laughter.”