Comedy and the Death of God 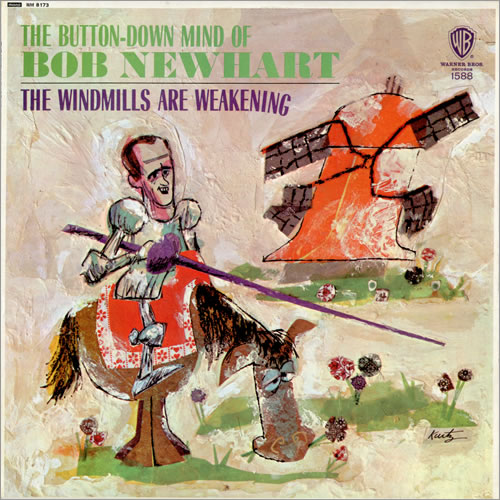 The ’60s, of course, were a historic low point for humor. I mean humor of the sort enjoyed by people who aren’t a) tenured or b) high, the sort defined by William James as “common sense, dancing.” Categories, hierarchies, proprieties, the basic intuitions of mankind as to its own status and destiny — those things on which humor has traditionally depended were suddenly up in the air, and while there was plenty of inane and liberated laughter to be heard, the sound of the authentic assenting chuckle, of the joke being solidly got, almost died away.

The Postmoderns incorporated the death of comedy into their work. (Art Spiegelman said, of Mad Magazine: “The message Mad had in general is, ‘The media is lying to you, and we are part of the media.’ It was basically… ‘Think for yourselves, kids.'”) Collectively, they’re like Nietzsche’s madman who announces in the public square that God is dead. After them, everyone is doing humor in the void. 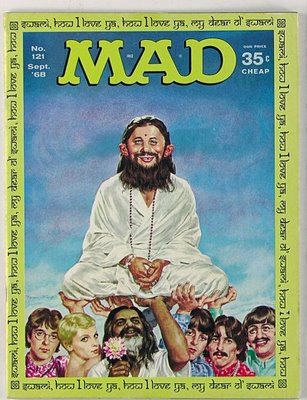 What Parker says about Pynchon is, by and large, true of humorists who were in their 20s and 30s in the Sixties:

Was everything meaningful, or nothing at all? Ah, that was the gag, the cosmic put-on, expressible only via cracked puns and the smirk of satori. Pynchon danced upon this pinhead with an insistent nimbleness: whose fictional world signified more compulsively and indiscriminately than his, the significance itself being quite beside the point? The quasi-allegorical names (Floyd Haruspex, Dichotomy Jones, Dr Whitewhale — to make up a few in the Pynchonian vein), the veiled acronymic entities (WASTE, IGLOO) that might be gangs or priesthoods or think-tanks, the omnivore’s digressions into science and pop culture, the fluorescent landscape, the sense of bottomless and undiscoverable conspiracy — for a setup this elaborate, no earthly, or indeed celestial, punch line was possible.

Interestingly enough, Anti-Anti novelists like DeLillo, Kesey, Wambaugh, Pynchon, McGuane, Toole, and Thompson are more hopeful than are certain members of the Postmodern generation — like Updike and Cormac McCarthy (neither of whom is postmodernist). More hopeful, that is, about the possibility of a radically improved social order or American way of life emerging at some point, even if they’re (understandably) unwilling to articulate what that order might look like, except in negative ways. Many Postmoderns lack (and mock/mourn) the virile can-do spirit of some of their immediate predecessors; and their protagonists are beset with anxiety-provoking tensions, uncertainties, paradoxes that can never be resolved. It’s the kind of thing that makes Woody Allen, say, funnier than Jules Feiffer.

And what of Boomer humorists, who — more than anyone — had their sensibilities formed by the Sixties? They tend very much to the fey and absurdist and bleakly satirical: David Lynch, Bill Griffith, underground cartoonists, John Carpenter, David Byrne, Andy Kaufman, Jim Jarmusch, Steve Martin. The original Saturday Night Live cast. Wacky Packages. But of course Parker’s pronunciamento doesn’t include the Boomers, who were in their teens and 20s during the Sixties — that is, they were in the audience.