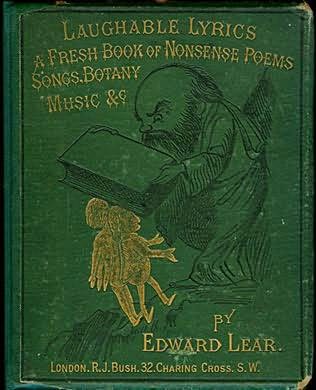 Absurdity’s great-uncle; Freudian punchline, with all those noses of yours (a procession of disappointed phalli); exploder-in-chief of the grand Victorian beard (you filled it with birds)… we salute you, EDWARD LEAR (1812-1888). You did to the limerick what the Melvins did to heavy metal. No, that’s not quite right — but you looped and compressed it, made an absurdist algorithm out of it. (“There was an Old Man of Vienna,/Who lived upon Tincture of Senna;/When that did not agree,/He took Camomile Tea,/That nasty Old Man of Vienna”) Your nonsense was as free as air, but it was also masonic, an initiation. Here, for instance, is how you crowned your recipe for Amblongus Pie: “Watch patiently till the crust begins to rise, and add a pinch of salt from time to time. Serve up in a clean dish, and throw the whole out of the window as fast as possible.”

On his or her birthday, HiLobrow irregularly pays tribute to one of our high-, low-, no-, or hilobrow heroes. Also born this date: Philip Gordon Wylie, Tony Hancock,
Joseph Beuys, Ian Dury, Katharine Hepburn, George Carlin.