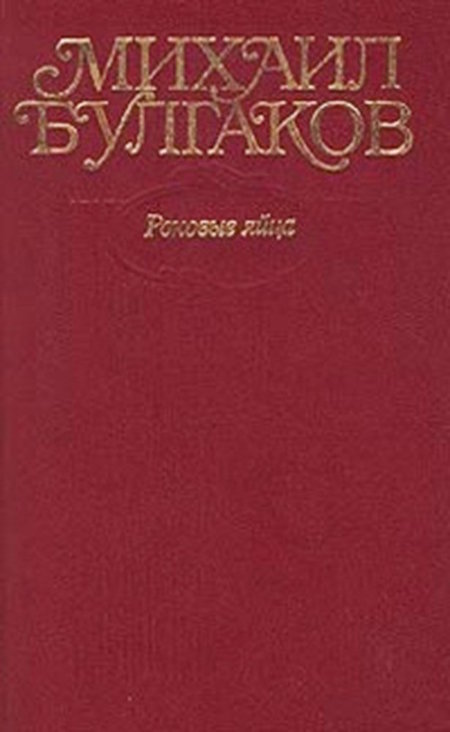 In a near-future (or perhaps alternate-history) Moscow, the zoologist Persikov discovers a ray that causes frogs and other organisms to mature and reproduce at a rapid rate. At the same time, however, a disease wipes out all of Soviet Russia’s domesticated poultry. Persikov’s equipment is confiscated by the authorities, and thousands of chicken eggs are sent to his laboratory… so that the ray can be used to regenerate the country’s chicken population overnight. Unfortunately, a mixup causes snake and crocodile eggs, instead of chicken eggs, to be treated with the growth ray. Catastrophe!

Is the novella a satire — cf. Bulgakov’s The Master and Margarita — of the leadership of Soviet Russia? Some critics at the time suspected as much. However, The Fatal Eggs is squarely in the tradition of western science fiction — from Frankenstein to Wells’s The Food of the Gods, say — which warns arrogant scientists not to meddle too deeply in nature’s mysteries.

Fun fact: Some sci-fi exegetes suspect that Professor Vladimir Ipat’evich Persikov is a spoof on Soviet leader Vladimir Il’ich Lenin… both of whom unleashed destruction on Russia.