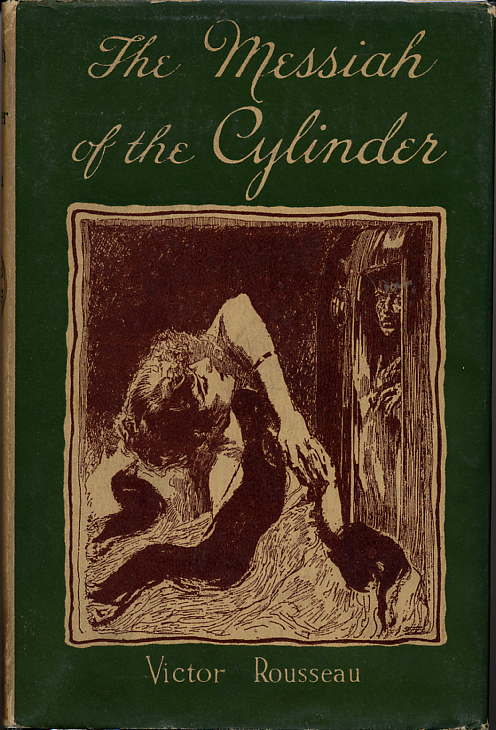 Victor Rousseau’s The Messiah of the Cylinder (1917).

After sleeping for a century, Rousseau’s protagonist, Arnold Pennell, awakens — like the protagonist of H.G. Wells’s The Sleeper Wakes (1910) — in a socialist, “scientific world freed of faith and humanitarianism.” He is horrified not only by the dazzling, skyscraper-dominated London of the future, but by Britain’s tyrannical utopian order, which is maintained though constant sloganeering and other forms of thought control. Having become an iconic figure to the people of the future, who have been waiting for a Messiah to restore to them their ancient liberties, Pennell leads a revolution — the goal of which is to help Russia restore a moralistic aristocracy in Britain.

Fun fact: Serialized, from June–September 1917, in Everybody’s Magazine, The Messiah of the Cylinder is considered one of the first American dystopian stories. It is also one of the first sf stories to use the term “ray gun.”