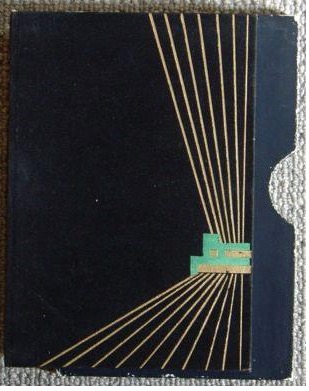 When a Professor Wilkinson descends into a London subway station from whence he has never observed anyone to exit, he finds himself in a dystopian future. He and other victims from the same era are stripped and held in cages, before being eaten; only his scrawniness spares him. Eventually, his mathematical doodlings are noticed, and Wilkinson is purchased as a music-hall act. (Foreshadowing Pierre Boulle’s 1963 adventure Planet of the Apes.) In this future England, it transpires, the vast majority of people have settled into a bovine complacency; a few “atavistics,” however, seek sensation and vividness of life. Wilkinson escapes, disguises himself as an atavistic, and finds shelter with an “uninventor” — i.e., a voluntary simplicist who finds ways to do without the things science has created. Eventually, attempting to return to his own time, Wilkinson ends up being captured… and eaten.

Fun fact: This novella was published in a limited edition of 210 copies, very rare now. The author never permitted the story to be reprinted.