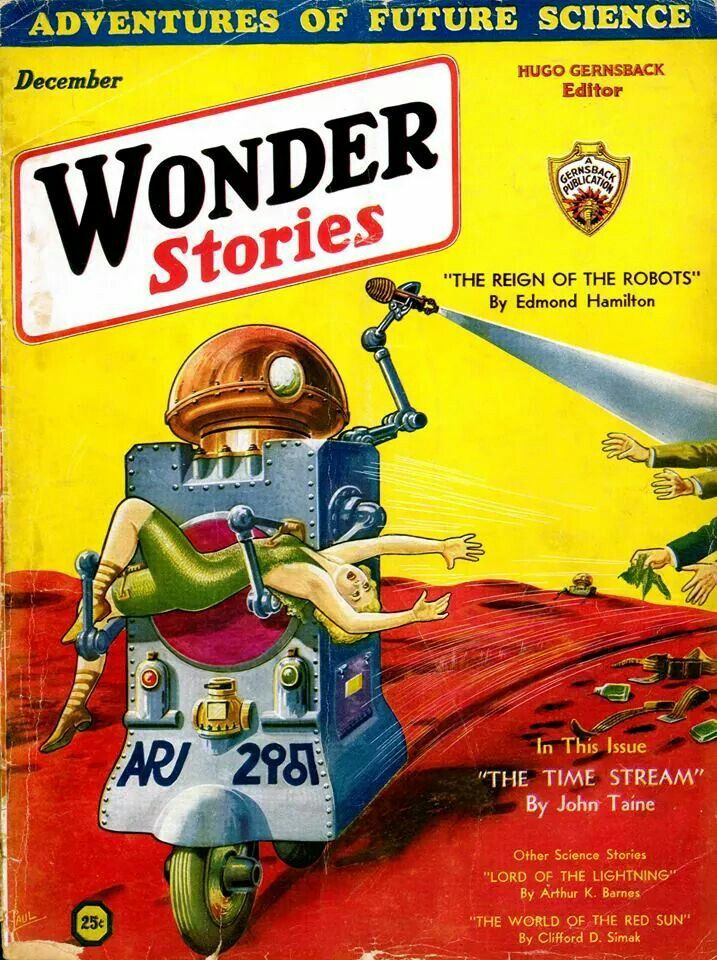 Although genetic analysis indicates that Cheryl, citizen of a far-future utopia (on a world, Eos, which might or might not be Earth), ought not to marry the man she loves — because their children will not be perfect specimens — she demands the right to do whatever she pleases. After all, what harm could following your passion do? One of her friends, having discovered that an even mightier civilization once flourished on their planet, speculates that it was uncontrolled passion which doomed it. Cheryl and four friends set out to discover the truth. Meanwhile, on our Earth, in the 20th century, a woman named Cheryl and four friends enter the “time stream” — time, they have discovered, is like flowing water; it has eddy currents that can be used to move both forward and back — and discover Eos. Or something like that. It’s a very complicated narrative!

Fun fact: Serialized in Wonder Stories, this elaborate time-travel yarn has been called “one of the outstanding products of the early sf magazines,” and Taine’s finest — if flawed — work.