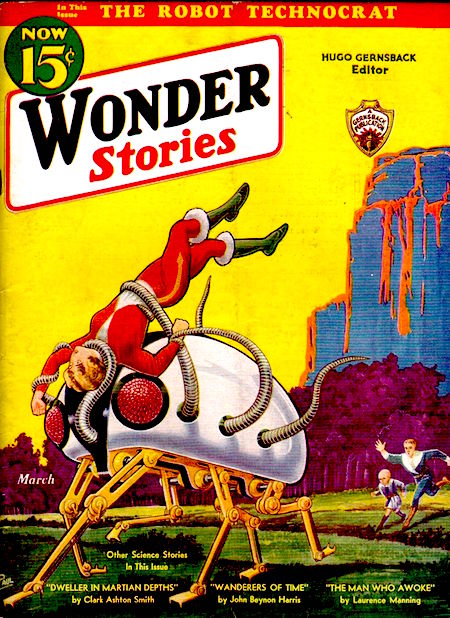 Having developed a lead-lined chamber which prevents aging, a means of putting himself into a coma at will, and a wake-up ray, scientist Norman Winters puts himself into suspended animation — intending to emerge in a utopian future, three thousand years hence. Instead, he wakes up five thousand years later, in a WALL-E-esque dystopia; the world has been reduced to a garbage heap after the “Age of Waste.” Winters proceeds to travel ahead in time several more times, and encounters: strong AI (a super-computer, The Brain, supervises and manages all humankind), Matrix-like virtual reality (the sleeping outnumber the awake), desktop molecular manufacturing (a world of plenty, in which each individual is his or her own city-state), immortality (humankind scatters to the far reaches of the cosmos, out of boredom). Olaf Stapledon’s far-out future vision plus Hugo Gernsback’s ability to predict future tech equals… a proto-Iain M. Banks, perhaps.