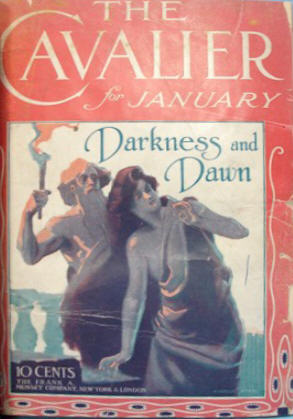 The first part of the author’s Darkness and Dawn trilogy. When engineer Allan Stern and his beautiful secretary, Beatrice, wake up on the upper floor of a ruined Manhattan skyscraper, over a thousand years in the future, they are understandably confused. What happened? It’s a Rip Van Winkle story in which an asteroid has destroyed most life on Earth; New York lies in ruins; fleas the size of rats suck on rats the size of cats, etc. Wild animals and savage, mutated humans roam the streets — alas, I’m sorry to report that they are African-Americans. Allan uses his skills to make explosives, build bridges, fly bi-planes, and so forth; Beatrice joins him in discussions of how to rebuild civilization along utopian lines: Imagine no possessions/I wonder if you can/No need for greed or hunger/A brotherhood of man. This is pulp fiction, with a socialist edge. It’s not well-written, but it’s of historical interest, because — along with Jack London’s The Scarlet Plague — it’s an early post-apocalyptic yarn.

Fun fact: England was an American writer, and explorer who, later in life, unsuccessfully ran for Governor of Maine as a socialist. The other books in the Darkness and Dawn trilogy are Beyond the Great Oblivion (1913) and Afterglow (1914). 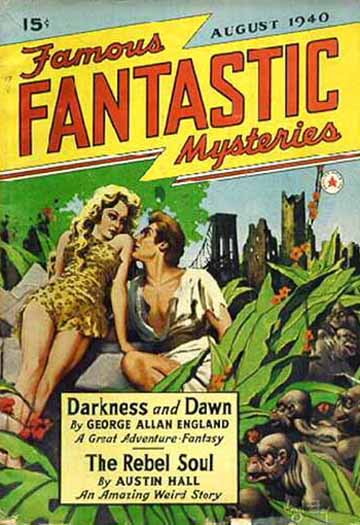