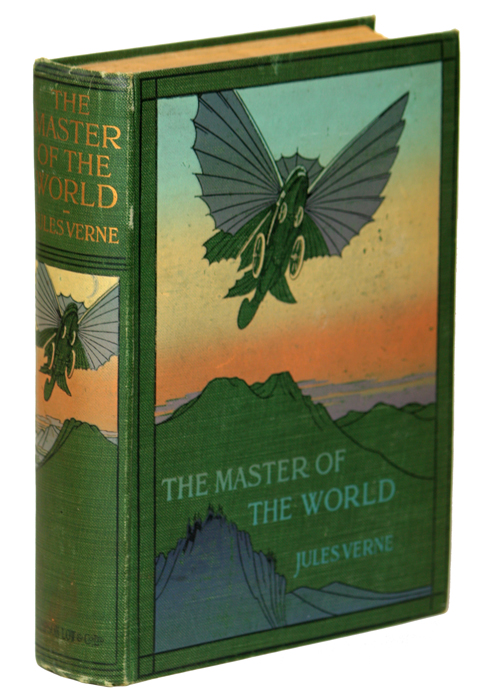 In this sequel to Verne’s 1886 adventure Robur the Conqueror, FBI(-ish) Chief Inspector Strock arrives in North Carolina to investigate what appears to be an imminent volcanic eruption. Meanwhile, a supercar is spotting traveling at 120 miles per hour; and a speedboat/submarine is glimpsed in the waters off New England. Aha! The brilliant inventor Robur is back, and this time he has invented a ten-meter long vehicle, The Terror, capable of operating as a speedboat, submarine, automobile, or aircraft. Determined to have it for military purposes, the federal police first attempt to buy the machine, then attack Robur. With a captive Strock aboard, Robur escapes over Niagara Falls, then challenges God by heading into a Caribbean thunderstorm… at which point his amazing craft is shattered by lightning.

Fun fact: Is this one of Verne’s best novels? No! But I include it here to demonstrate the context from which Radium Age science fiction emerged. Here we see one of the genre’s pioneers, at the end of his career (and life), questioning man’s ability to use science and technology to benefit humankind.