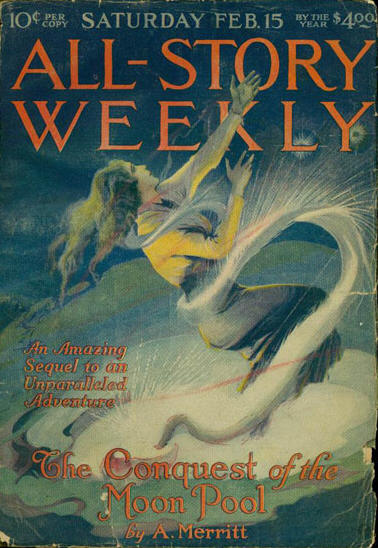 The scientist Dr. Goodwin, the dashing pilot/adventurer Larry O’Keefe, and others descend into the Earth’s core — in pursuit of an entity that sometimes rises to the surface of the planet and captures men and women. In addition to a lost race of powerful, handsome “dwarves” and a lost race of froglike humanoids, the explorers discover that the entity they seek is the Dweller, which was created by an advanced race, the Shining Ones; the Dweller has the capacity for great good and great evil, but over time is has tended to become evil rather than good. Yolara, a beautiful woman who serves the Dweller, falls in love with O’Keefe; so does Lakla, a beautiful woman who serves the Shining Ones. The adventurers must persuade or coerce the Dweller to become good — but how?

Fun fact: Merritt was a best-selling author during this period. The Moon Pool, which originally appeared as two short stories in All-Story Weekly, is sometimes cited as an influence on Lovecraft’s “The Call of Cthulhu.” Reissued by Bison Frontiers of Imagination. 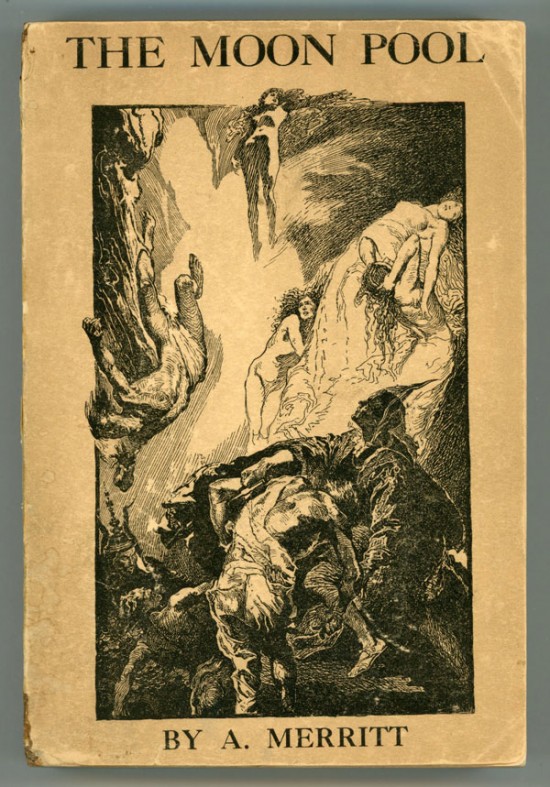 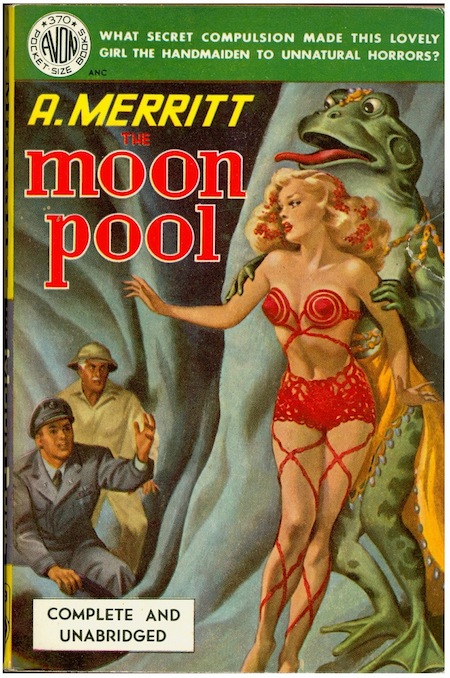 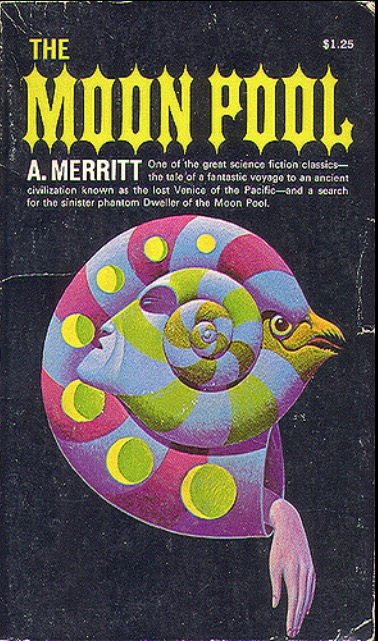