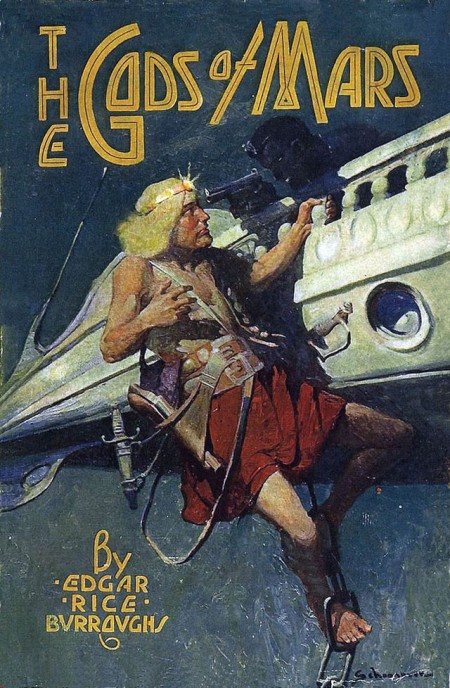 The second installment in Burroughs’s Barsoom series. Returning to Mars after ten years, John Carter materializes in the Valley Dor: the supposedly paradisial secret location to which Barsoomian’s travel once they’ve reached 1,000 years of age. Joined by his friend Tars Tarkas, the 15-foot-tall, double-torsoed, green-skinned Martian, Carter discovers that Barsoomians are actually killed and enslaved in the Valley Dor! (This context is strongly reminiscent of Philip K. Dick’s 1966 novel The Unteleported Man, don’t you think?) The Therns, a white-skinned, cannibalistic race of self-proclaimed gods, must be defeated — but Carter and Tarkas must also contend with Plant Men, Black Pirates, the green warriors of Warhoon, and the Zodangans. Phew!

Fun fact: First published in All-Story as a five-part serial, this novel was written at the same time as Burroughs’s Tarzan of the Apes.