As HILOBROW readers are aware, since March the MIT Press’s Radium Age series — under the direction of HILOBROW’s Josh Glenn — has begun reissuing notable proto-sf stories from the genre’s under-appreciated 1900–1935 era. The April 25 issue of MAXIMUM SHELF, a weekly feature for booksellers published by Shelf Awareness, featured a short interview with Josh — conducted by Hank Stephenson — about the series. We reprint it here.

SHELF AWARENESS: How did the idea for the Radium Age series develop?

JOSH GLENN: I read Brian Aldiss’s book Billion Year Spree, about the history of science fiction. Very good book. He says that the era of scientific romance—H.G. Wells and Jules Verne, Edgar Allan Poe—is this incredible, important early part of science fiction. The Golden Age of John W. Campbell, Isaac Asimov, Ray Bradbury and so forth, coming up in the 1930s, is the really important seedbed of science fiction, and in between there’s a handful of okay things and a lot of bad pulp fiction. That just seemed incorrect to me—how could this 30-year period not have much good science fiction?

My friends Annalee Newitz and Charlie Jane Anders, who were the editors of io9.com, invited me to write a column about what I was calling at the time pre-Golden Age science fiction. I wrote about the tropes that emerged during that time, like the berserk robot and the friendly robot. The idea of the superman or the eco-catastrophe were first appearing during this period. I decided to reissue some science fiction books from this era almost 10 years ago under my own imprint. Then I stopped until the early part of Covid, when MIT Press approached me and asked if I would be interested in resurrecting this idea. I named it the Radium Age because I thought this era needed its own name to compete with the Golden Age. 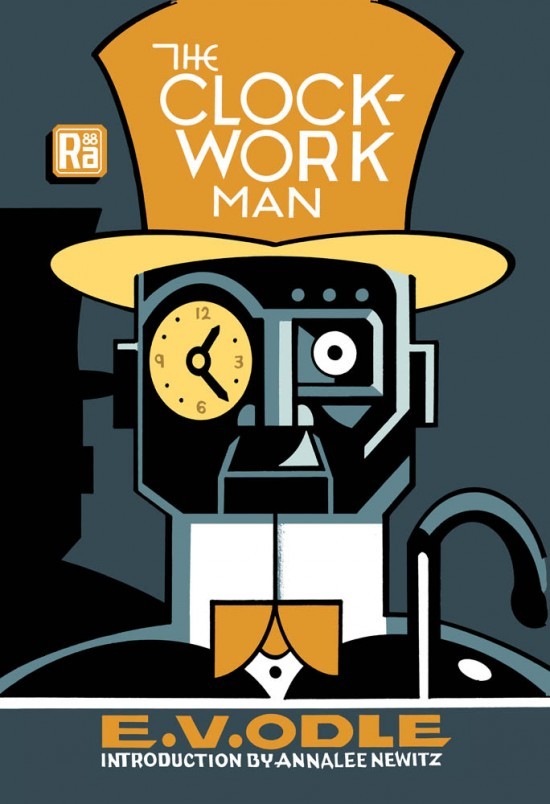 SHELF AWARENESS: How did you select the books to be included in the series?

JOSH GLENN: I wanted to do two things with this series. One, I wanted to argue that there’s this really interesting overlooked period in what I’m calling the proto-science fiction phase of the genre that people should know more about. Science fiction historians, science fiction scholars, even science fiction fans should be aware that this era exists, and there’s a lot of good material there. And the other part of what I wanted to do was entertain. I wanted people to read really fun, great stories that they might have missed. I don’t want to publish anything that will contribute to this false impression that it’s all bad writing from before 1935.

E.V. Odle was a very obscure figure at this point. In fact, there’s a rumor going around online that this was a pen name for Virginia Woolf. He was a real person—he was the editor of the British magazine the Argosy. He worked in a munitions factory and married a woman who was part of the Bloomsbury group. The Clockwork Man is a great story, the first cyborg story, and as Annalee Newitz points out in their introduction, also the first Singularity story, the first idea of a post-human future in which consciousnesses can be uploaded and people can become eternal.

It’s also a feminist story because these people who are being uploaded are men who have failed at being good human beings. These aliens and/or mutants come along and turn all the men into cyborgs. It could be a very didactic story the way I’ve just described it, but it’s actually quite witty, sweet and funny. As Jonathan Lethem says in the blurb for the book, it makes you realize that there’s an origin story for science fiction that begins in the world of G.K. Chesterton and British humor writing, not just from futuristic hard science writers.

SHELF AWARENESS: The novel often has a comic tone. Was that humor something lost in the Golden Age?

JOSH GLENN: What I’m attracted to about Radium Age science fiction—and by the way, I love Golden Age science fiction—is a real freedom because there are no gatekeepers, no people saying here’s what science fiction is and isn’t. Once you get John W. Campbell and people like that coming along, they’re saying “this is what science fiction should be: it should be about technology, women aren’t good at writing about this stuff.” But in the early days, the danger of too much freedom is that things can get kind of goofy, and is this even science fiction or is it just fantasy? A lot of weird stuff happens in this Radium Age period. But one of the things that you’re allowed to do in this period that maybe you aren’t allowed to do later is be funny.

SHELF AWARENESS: At the same time, the novel seems to critique humor as a tool of avoidance and conservatism when used by Doctor Allingham.

JOSH GLENN: Odle’s brand of humor is opening us up and helping us think about issues that are difficult to deal with, and he’s saying that there’s another kind of humor that closes conversations down. 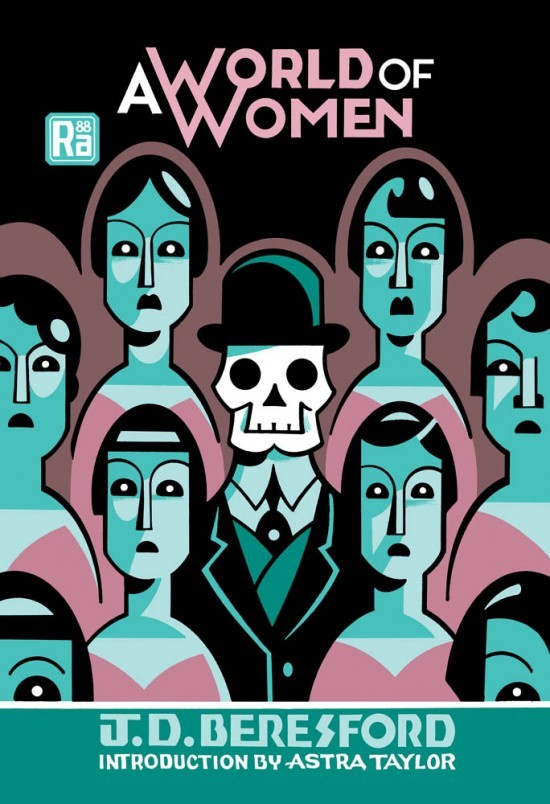 SHELF AWARENESS: In their introduction to The Clockwork Man, did Annalee Newitz write anything that surprised you or made you think about the book in a different light?

JOSH GLENN: Annalee Newitz is one of the smartest and best minds of my generation. In my own reading of the book, I saw that it was about cyborgs and feminism. What Annalee brought out was this idea of the Singularity. Now there are all these people who are impatient with meatspace, they wish they could upload their consciousnesses and not have to deal with the physical world and, as Annalee points out, that idea is mocked by the book even before the idea existed. It’s even being presented as a punishment for these men who are causing war and social injustice and economic injustice and so forth; they are being punished by being put into this Singularity. It’s not actually a reward that people should be working towards, it’s a prison.

SHELF AWARENESS: Why do you think the Radium Age was capable of being more politically radical than a lot of the Golden Age?

JOSH GLENN: There’s something very vertiginous about what was happening in the world during the early 20th century. Science and technology were making massive steps forward. Marie Curie’s discovery of radium, which gave us the Radium Age, opened people’s eyes to the fact that matter itself is partially in motion, which was an earth-shattering notion. Anarchy, socialism, feminism, the NAACP, workers’ rights, all these things were happening at this time as well as the conservative backlash. It was an extremely volatile time, and science fiction was talking about these issues. Female writers were writing feminist utopias and dystopias during this period, and it did get shut down during the Golden Age, and it had to fight its way out later.