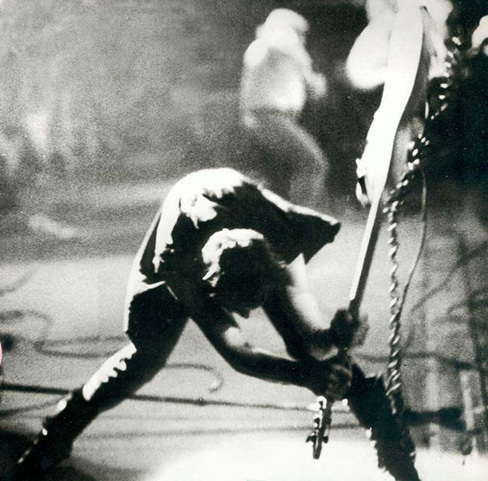 The Clash was on the front lines of the punk revolution of the late 1970s, but bassist PAUL SIMONON (born 1955) shared some similarities with an iconic rebel of the previous generation. Like the Beatles’ original bassist, Stu Sutcliffe, Simonon’s first love was painting. Neither man could play his instrument when first tapped by their respective groups; a blonde, brooding stage presence was deemed more important than musical skill. But unlike the ill-fated Beatle (who died tragically not long after he left the band in 1961), Simonon quickly grew into a talented bass man, whose artistic sensibilities honed The Clash’s visual style, just as his childhood exposure to reggae and ska on the mean streets of London’s immigrant neighborhoods influenced the band’s signature sound.