Regression Toward the Zine (4)

The biggest news about fanzines during the Seventies (1974–1983) is the arrival of punk fanzines, which for a few years eclipse all other varieties.

NOTE: The zines mentioned and shown in this post are not included in my own collection, the earliest zines in which date to the 1980s. 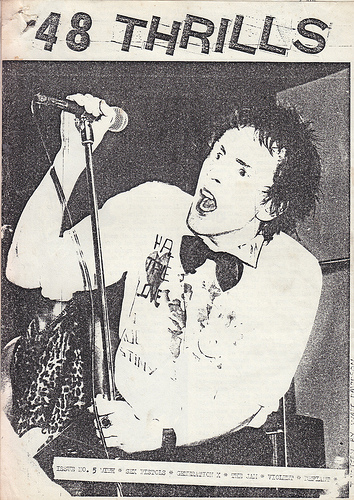 * Shown above: 48 Thrills!, a British fanzine that appeared in 1976 and whose first issue featured writing on the Sex Pistols and The Clash. Mark Perry’s British fanzine Sniffin’ Glue also started in 1976. 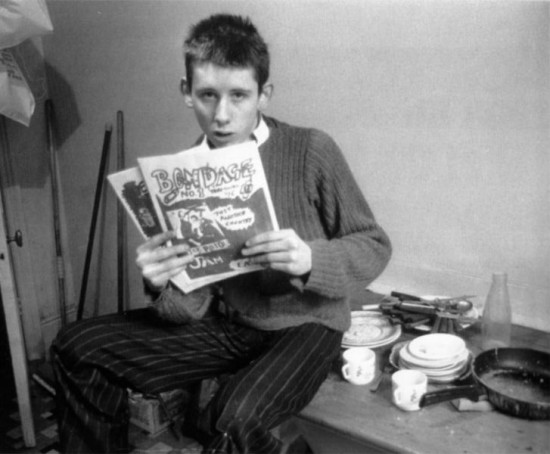 * Shane McGowan, who later fronted the band The Pogues, was a zinester! Shown above at age 18 (in 1976) with his punk fanzine Bondage. I wish I owned copies of this; also Raymond Pettibon’s 1981–85 zine Tripping Corpse. 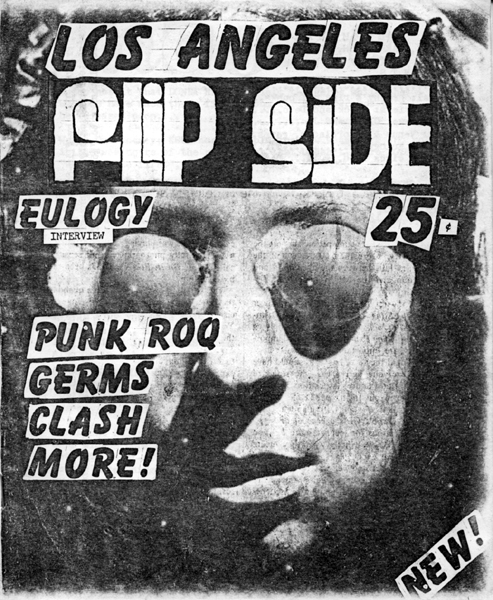 * Flipside, one of the longest running, and best-known punk fanzines, was first published in 1977; it chronicled the early Los Angeles punk scene. 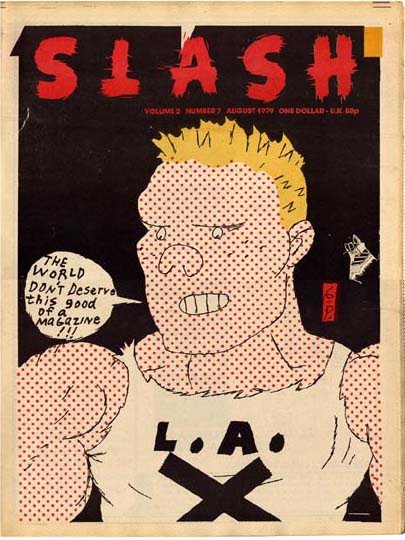 * The punk fanzine Slash also start in LA in 1976; Gary Panter was one of its contributors! 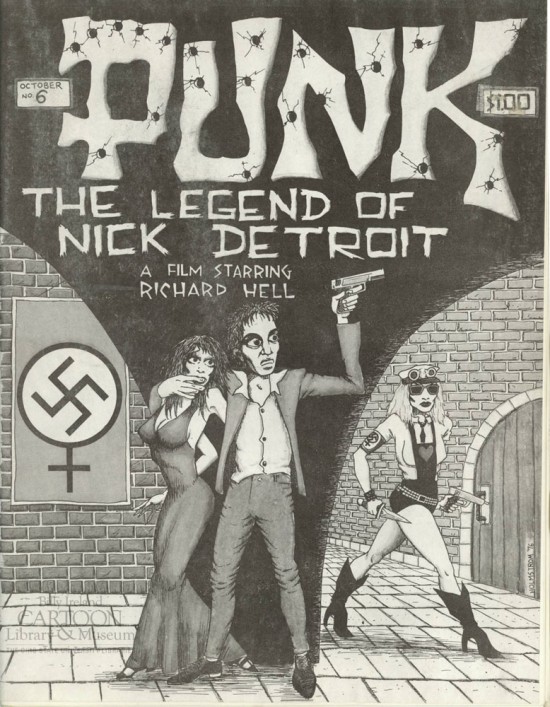 * The fanzine Punk, which supposedly lent its moniker to the music and the scene (in fact, the magazine Creem first popularized the term), was first published in 1976 — in New York.

* Coolest Retard was a seminal punk fanzine from Chicago; it ran from 1979–84. Maximum Rock’N’Roll first appeared in 1982.

NEXT: The emergence of the zine as we know it!