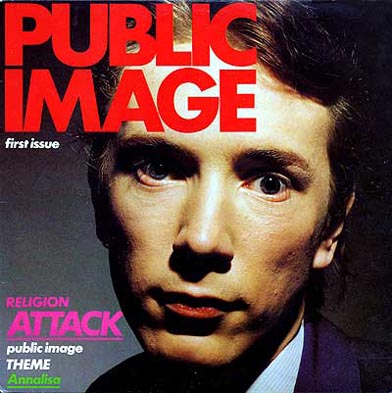 Like a walking mandala in the trappings of a classic Romantic casualty, JOHN LYDON (born 1956) tears down everything that ever made him successful and his followers happy, so there’s no place for anything but what’s utterly new. Survival is not what we want from pop novelties and uncomfortable voices, so that’s exactly what Lydon has worked at for more than 30 years. The Sex Pistols were a scandal, but when that became what was expected, the ex-Johnny Rotten went on confounding the “public image” of himself, giving that name to his next band — which he declared was not a band but a corporation. He lurched from the Pistols’ cataclysmic tune-core to PiL’s somber art-grumble, to a run as renegade pundit and alternative intellectual, and back to the Pistols when it was time for the ideal of a perfect young death to be pissed on by happier, wiser, angry old men. The sacrifice Lydon makes for his art is not his life or self (he’s the healthiest of egos, by which I mean an honest one), but his illusions and yours. He clears away the worship that can cloud minds on either side of the stage; his life may be a work of art but none of it is an act.

On his or her birthday, HiLobrow irregularly pays tribute to one of our high-, low-, no-, or hilobrow heroes. Also born this date: Carol Channing and Grant Morrison.