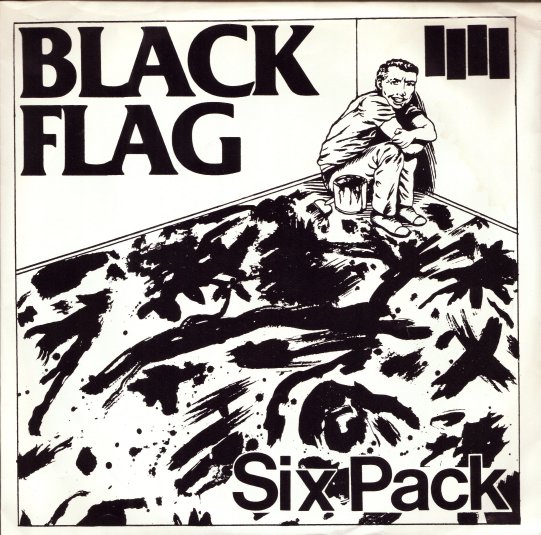 In the endless metamorphoses of Black Flag, it fell to DEZ CADENA (born 1961), son of a West Coast jazz producer, to be the band’s third lead singer, and then its first second guitarist. To both tasks he brought a weight of soul and a purity of intent that were the definition of Black Flag’s early years: hoarse, skinny, and existential as a frontman (“Just around the corner, there’s a bed of cold pave-ment, waitin’ for meeeeee….!!!!”), he switched to guitar upon the arrival of Henry Rollins and immediately added a dimension of almost limitless solemnity to the sonic brainstorms of Greg Ginn. There’s a lost-gospel feel to this brief five-man incarnation of Black Flag: scantily recorded, its heaviness is best commemorated on YouTube clips wherein you can also admire Dez’s beautiful and punk-enraging long hair.

On his or her birthday, HiLobrow irregularly pays tribute to one of our high-, low-, no-, or hilobrow heroes. Also born this date: | Keith Allen |