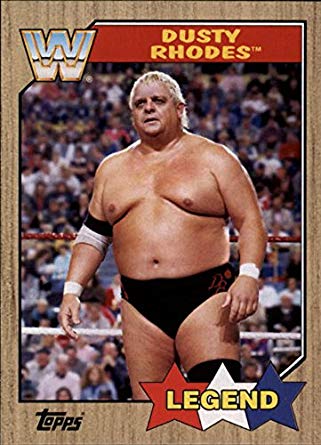 FACE: In wrestling argot, a face (or babyface) is a “good guy,” booked by the bout’s promoter with the aim of being cheered on by fans as he battles a heel. A face — Dusty Rhodes and Hulk Hogan are famous examples — typically (though not always, particularly in recent years) avoids cheating, and treats fans and the ref respectfully.

FADE: A 19th-century slang term meaning, “surpass, defeat, overcome, subdue.” Normally used in the passive, i.e., “He had me faded.” The term fade could also mean, “depart, run away.” A fade-away or fadeout, in early 20th-century slang, is an escape. 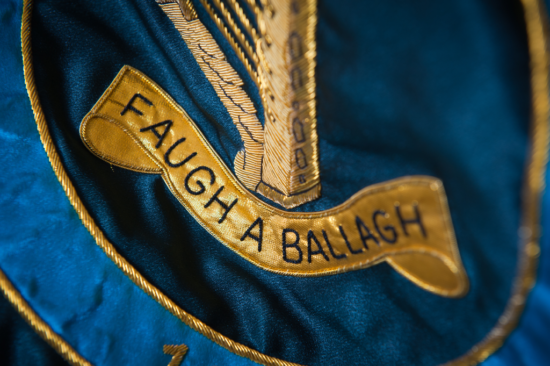 FAUGH A BALLAGH: A war cry of Irish origin, meaning “clear the way.” First known to have been used at the battle of Barrosa in 1811 — during which a single British division defeated two French divisions and captured a regimental eagle. Later, the Royal Irish Fusiliers, an Irish line infantry regiment of the British Army, was nicknamed the Faughs.

FEAT: An exceptional or noteworthy achievement, especially a deed of valor or dexterity. The term derives, by way of Old French, from the Latin factum (an action, something that happened, thing known to be true — as opposed to words, ideas, speculation). In the 16th century, a man of feat was a mighty doer of great deeds. 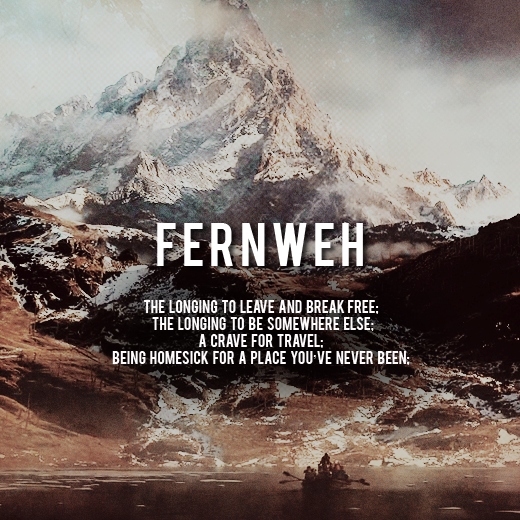 FERNWEH: A German pseudo-medical term meaning, literally, “farsickness” — that is to say: “wanderlust, an urge to travel.” It’s the opposite of Heimweh, or homesickness. A person suffering from fernweh becomes lethargic and sad when they stay at home.

FIRE AWAY, FLANAGAN! Nautical slang, dating to the Revolutionary War, meaning “keep it up, go on, continue!” The expression was first recorded by Philip Freneau in a 1783 poem: “Scarce a broadside was ended ’till another began again/—By Jove! It was nothing but Fire away Flanagan!” Who the original Flanagan was remains a mystery.

FIST CITY, GO TO: Engage in a fist-fight. This 1930s slang phrase was immortalized by Loretta Lynn’s 1968 country song of that title, in which Lynn warns a woman pursuing her husband: “If you don’t wanna go to fist city/You better detour around my town.”

FLASH: A 17th-century slang adjective meaning “connected with or pertaining to the criminal underworld.” A flash-ken was a thieves’ den; a flash drum was a drinking place frequented by criminals. (A straight citizen who couldn’t be conned was flash to the rig.) PS: The 1857 novel Tom Brown’s School Days featured a bully named Flashman, which in 18th-century slang meant “thief, pimp, swindler”; later, George MacDonald Fraser would adapt the character as the antihero of his thrilling Flashman historical adventures.

FLUKE: A 19th-century slang term meaning “an accidentally successful stroke in billiards or pool.” The phrase has since evolved into a colloquialism meaning “an unexpected success, a piece of good luck.” A fluke of wind is a chance breeze.

FLY: In 18th-century underworld slang, fly meant “clever, artful, wide-awake, smart.” It later evolved to mean “informed, in the know, aware of what’s really going on.” A flyboy was a shrewd, sophisticated fellow; a fly-cop was an experienced police officer. 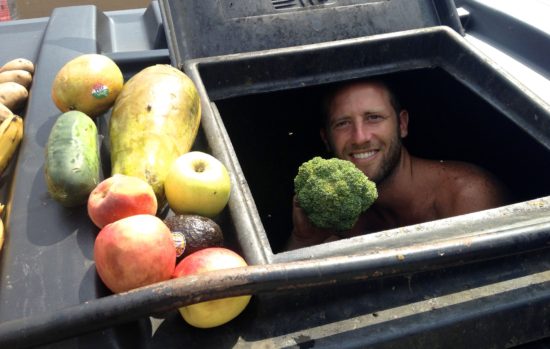 FORAGE: To rove or hunt about as in search of supplies. From a French term meaning “fodder” — that is, food for cattle and horses. To forage is to survive by one’s wits, to rely on one’s keenness of perception, know-how, and imagination. Llonio, the heroic, sharp-eyed gatherer in Lloyd Alexander’s YA fantasy novel Taran Wanderer (1967), articulates the forager’s credo: “Trust your luck, but don’t forget to put out your nets.”

FORTITUDE: Moral or mental courage, particularly in the endurance of adversity, rather than physical bravery. The most adventurous of the four cardinal virtues first outlined in Plato’s Republic, in which Socrates assigns fortitude to the warrior class, specifically, and more generally to the spirited element in humankind. From the Latin fort (strong); the term implies perseverance — sticking to one’s faith or belief, no matter what comes.

FOXY: Crafty, cunning. In Western folklore, although sometimes villainous, foxes are more often antiheroes whose triumph over powerful adversaries symbolizes the superiority of wit to brute strength. During WWII, the German commander in North Africa, Erwin Rommel, was grudgingly nicknamed the “Desert Fox” by his British adversaries as a tribute to his cunning. To outfox means “beat in a competition of wits.”

FREELANCER: In the Middle Ages, according to Sir Walter Scott’s Ivanhoe (1819), a freelancer was a military adventurer, typically of knightly rank, who offered his services for payment, or with a view to plunder. Today, the term has been both generalized and romanticized; but remember, it originally described a soulless mercenary. 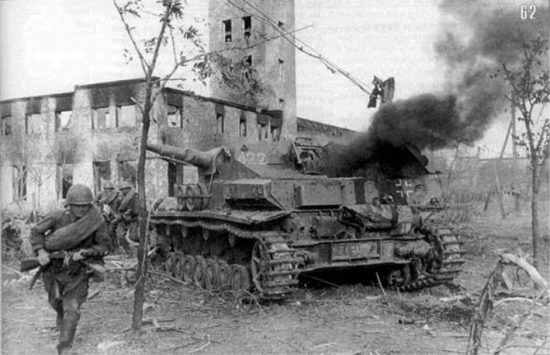 FUBAR: Anagrammatic WWII-era military argot meaning “fucked up beyond all recognition.” Used to describe situations and efforts that have become thoroughly botched or confused. FUBB, meanwhile, means “fucked up beyond belief.”

FUGAZI: A Vietnam War-era military slang term, of uncertain etymology, meaning “fucked up, damaged beyond repair.” Although fugazi sounds Italian, there is no such word in Italian, although fu +‎ cazzo (“it was shit”) has been suggested as the derivation. In 1987, when hardcore punk and DIY folk hero Ian MacKaye was looking for a name for his new band, he picked this one out of a compilation of stories of Vietnam War vets.