Serialized here at HiLoBrow.com from September 2012 through May 2013, Goslings was first published 100 years ago.

When a plague kills off most of England’s male population, the proper bourgeois Mr. Gosling abandons his family for a life of lechery. His daughters — who have never been permitted to learn self-reliance — in turn escape London for the countryside, where they find meaningful roles in a female-dominated agricultural commune. That is, until the Goslings’ idyll is threatened by their elders’ prejudices about free love!

J.D. Beresford was an English dramatist, journalist, and author. His science fiction novels include The Hampdenshire Wonder (1911) and The Riddle of the Tower (1944, with Esme Wynne-Tyson). His daughter Elisabeth was author of a series of children’s books about The Wombles.

The HiLoBooks edition of Goslings features an Introduction by Astra Taylor, a writer, political organizer, and director of the documentary films Žižek! and Examined Life.

Contemporary reviews: “A fantastic commentary upon life.” — W.L. George, The Bookman (1914). “The picture of that bevy of English Bacchantes — graceless civilized savages — dragging along a butcher in a triumphal car, cannot be forgotten — it is a piece of the most vivid imaginative realism, as well as a challenge to our vaunted civilization.” — The Living Age (1916). 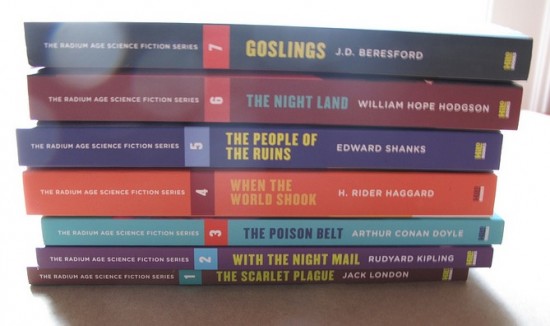