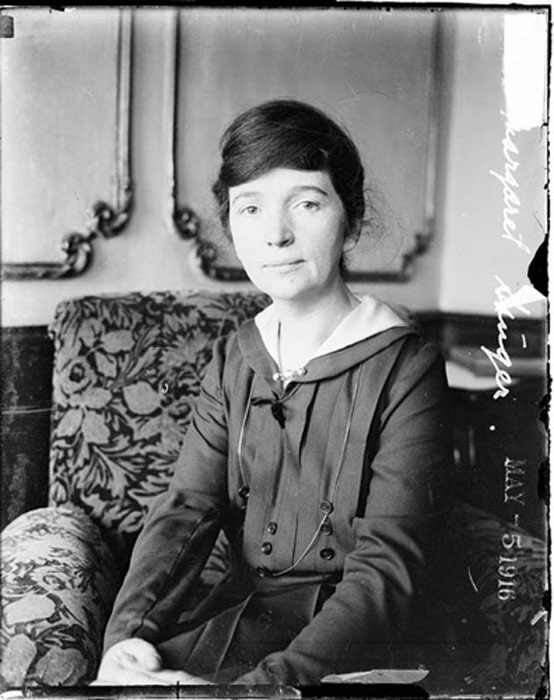 As a visiting nurse in New York’s tenements at the turn of the 20th century, MARGARET SANGER (1879-1966) once heard a woman recovering from a self-induced abortion beg her doctor for information on how to keep from getting pregnant again. “Tell Jake to sleep on the roof” was his flippant reply. When the woman died three months later after another attempt to end yet another pregnancy, Sanger embarked on a lifelong crusade to make contraception available to the masses. It wasn’t easy. Most issues of her publication, Woman Rebel — the term “birth control” made its first appearance in its pages — were confiscated by the Post Office, but that didn’t stop the authorities from indicting Sanger on nine counts of sending contraceptive information through the mails. On the eve of trial in 1914, she fled to Europe, where she took the opportunity to learn still more about birth control methods; the indictment was eventually quashed. In 1916, she and her sister opened their first birth control clinic, in Brooklyn; the police shut it down, and Sanger spent 30 days in jail. The court case that followed laid the groundwork for the eventual legalization of birth control — for married couples in 1965, and singles seven years later.

On his or her birthday, HiLobrow irregularly pays tribute to one of our high-, low-, no-, or hilobrow heroes. Also born this date: Jackson Publick, Ben Cohen, Amy Winehouse, Margaret Sanger.