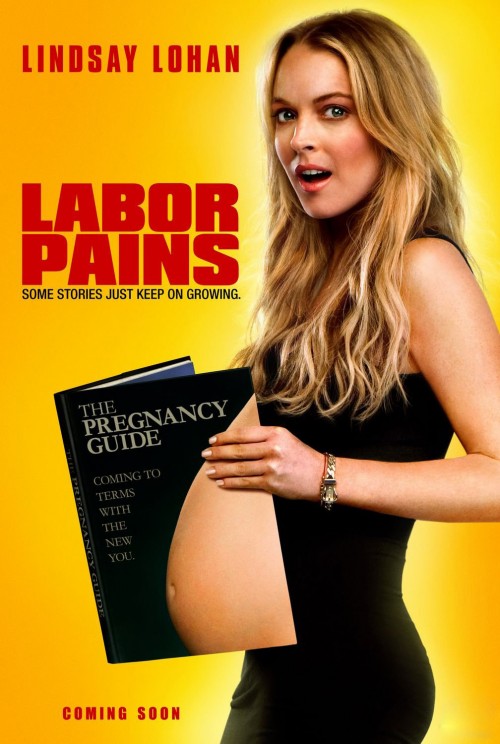 In honor of Lindsay Lohan’s new straight-to-cable-and-DVD film, Labor Pains, about an assistant editor at a publishing firm who feigns pregnancy in order to keep her job, and who — we’re willing to bet — realizes, along the way, how wonderful it would be if she were pregnant, HiLobrow.com is publishing a slightly rewritten item that was published in the Boston Globe back in January 2008, when the movies Knocked Up, Waitress, and Juno were in the news.

PS: I couldn’t use all the research that I did for this story; peruse it, at your leisure, here.

Papa don’t preach! In a spate of recent indie and Hollywood movies that can’t entirely be dismissed as middlebrow, inconveniently pregnant women decide to keep their babies — and in every case, this turns out to be wise. In Bella, an Anglo waitress allows a coworker to talk her out of an abortion; then he introduces her to his warm Latino family. Another waitress, played by Keri Russell in Waitress, gets knocked up by her husband, whom she loathes; so she keeps the baby, bakes pies, and has an affair with her obstetrician. (Fun!) In Knocked Up, an ambitious TV presenter won’t even say the word “abortion”; instead, she encourages her one-night-stand lover to stop being such a slacker, which he does — and all ends well. The 16-year-old heroine of Juno, finally, briefly considers an abortion; but she decides, against everyone’s advice, to have the baby and give it up for adoption. Happy endings all around.

Liberals who support abortion rights don’t seem eager to challenge what we might dub the Keeping-My-Baby meme in American pop culture — after all, the last public figure who criticized a fictional single mother was Dan Quayle. Conservatives who support abstinence-only sex ed programs, meanwhile, apparently don’t have a problem with non-abstinent fictional teens… if they keep their babies. So why does it feel like movie and TV screenwriters have come a long way, in the wrong direction, since the 1973 Roe v. Wade decision? Why is abortion no longer a real option for fictional American women? “By some screenwriter consensus,” laments Ellen Goodman, “abortion has become the right-to-choose that’s never chosen.”

There are no simple answers to such questions, but an analysis of half a century’s worth of TV shows and movies that have dealt with unwanted pregnancies reveals significant trends. Before Roe v. Wade, fictional women who got abortions suffered dire physical, mental, and social consequences; in the following decade, this was no longer the case. However, as single motherhood lost its stigma, women were no longer forced to choose between abortion and adoption. That’s when TV networks and movie studios, perhaps intimidated by the “right-to-life” movement, which was then hitting its stride, developed a meme. 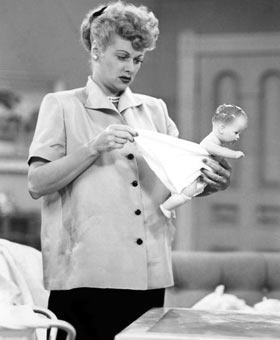 Let’s look at a few pre-Roe examples. In 1964, on the lowbrow soap opera Another World, Pat Matthews is impregnated by her boyfriend, who persuades her to have what is referred to only as “an illegal operation.” (Such reticence is hardly suprising: In 1952, when Lucille Ball’s character was expecting Ricky Jr. on I Love Lucy, CBS wouldn’t permit the word “pregnant” to be spoken on-air.) Fearing that the operation has left her sterile, Pat ends up murdering her lover. In a 1969 lowbrow thriller, Daddy’s Gone A-Hunting, an insane man stalks a woman who aborted his child; and in the high-minded 1970 drama The End of the Road (based on John Barth’s 1958 novel), the film’s only sympathetic character dies horribly during an illegal abortion. The message is clear: just say “no” to abortion. Margaret Sanger, who died in ’66, must have been horrified. 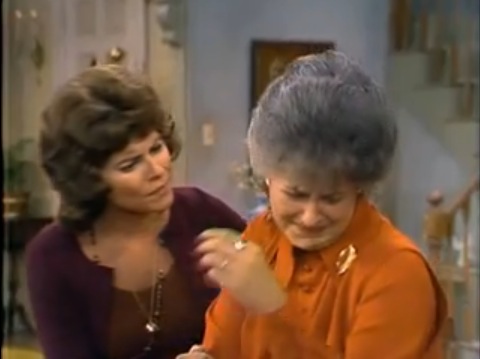 Then, in a two-part, November 1972 episode of the highbrow sitcom Maude, aired while Roe v. Wade was being argued before the Supreme Court, and not long after New York’s governor vetoed a repeal of the state’s right-to-abortion law, Bea Arthur’s middle-aged character — who lives in New York — gets an abortion. “When you were young, abortion was a dirty word,” her adult daughter reassures her, “It’s not anymore.” A few months later, Erica Kane, Susan Lucci’s iconic character on the lowbrow soap opera All My Children, would have daytime TV’s first legal abortion — because she doesn’t want to lose her modeling job. Highbrow and lowbrow, as always weren’t too far apart: neither Maude nor Erica was made to suffer unduly for her difficult decision.

But when CBS re-aired the “Maude’s Dilemma” episodes of Maude in 1973, some 40 affiliates refused to air it, and national advertisers declined to buy ad time. Next thing you know, in 1976, Mariel Hemingway was playing a pregnant teen who exercises her right to choose… and her choice was articulated by the middlebrow made-for-TV movie’s title: I Want to Keep My Baby. But the meme was ahead of its time, since as late as 1982, Jennifer Jason Leigh’s teenage character in the lowbrow cult movie Fast Times at Ridgemont High could get an abortion without any permanent or particularly punishing agonies; same thing goes for Diane Franklin’s teen character in the 1982 lowbrow movie The Last American Virgin.

At the height of the Reagan and Bush era, however, the keeping-my-baby meme triumphed. In 1986, Madonna’s middlebrow song “Papa Don’t Preach,” written from the point of view of a teenage girl who’s “keeping my baby,” topped the charts. Then, in the 1988 middlebrow movie For Keeps, Molly Ringwald plays a pregnant high school senior who — well, you figure it out. By 1991, when Candice Bergen (an avatar of middlebrow) decided to raise a child without a father on Murphy Brown, the keeping-my-baby meme was already well established. In fact, another fictional middle-aged liberal, the titular protagonist of NBC’s dramedy (a middlebrow genre) The Days and Nights of Molly Dodd, beat Brown to the punch by a season. 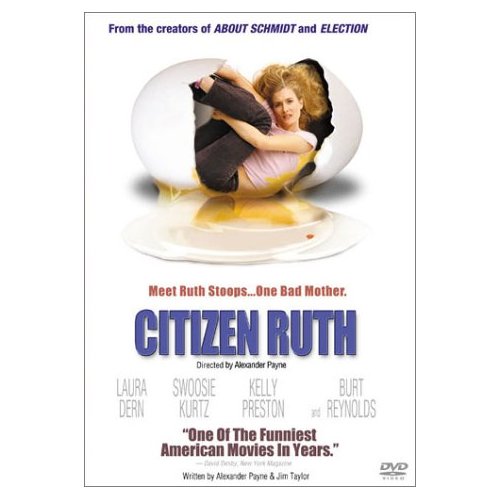 Shortly after the birth of Murphy Brown’s baby, America elected a president who was both pro-choice and a devout Christian. For nearly a decade, low-middlebrow TV screenwriters waffled along with Clinton, penning one scenario after another in which a knocked-up character agonizes over whether to have an abortion, then suffers a miscarriage before going through with it. Victims, in chronological order, of this conflicted meme include: Heather Locklear’s Amanda, on Melrose Place; Neve Campbell’s Julia, on Party of Five; Jennie Garth’s Kelly, on Beverly Hills 90210; and Courtney Thorne-Smith’s Alison, on Melrose Place again. Even the high-middlebrow 1996 film Citizen Ruth, which lampoons both sides of the abortion debate, would end with Laura Dern’s miscarriage.

Since the election of the current President Bush, however, the times, they are a-slowin’ down again. On the DVD of Fast Times, director Amy Heckerling says that she “could never make that movie now,” because its depiction of guilt-free sex (and, presumably, consequence-free abortion) is “unacceptable in the current political climate.” In recent years, we’ve seen unmarried and unprepared women on middlebrow shows like ER, Grey’s Anatomy, and The O.C., choose to keep their babies, no matter what the consequences. It’s enough to make the convenient miscarriage meme seem downright progressive.

Bella and Waitress are middlebrow movies, so it’s no great surprise to see the compassionately conservative Keeping-My-Baby meme resurface in them. But what of the ironic, above-it-all Knocked Up and Juno? Aren’t they, like, nobrow? Actually, no. They’re examples of Middlebrow’s latest and most powerful weapon: quatsch. Be afraid! Be very afraid.

Second in an occasional series.