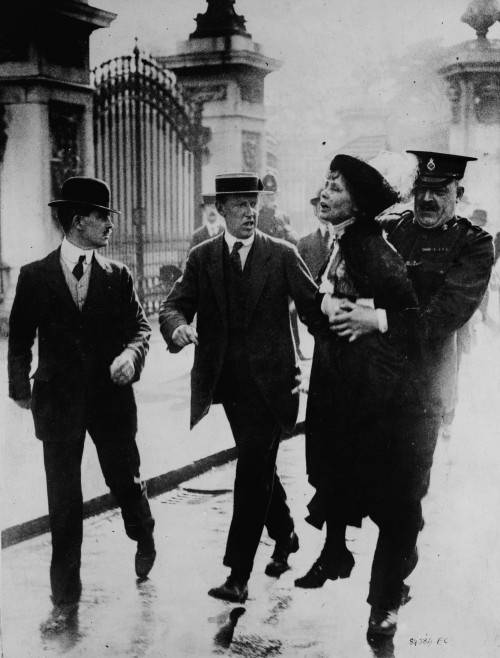 Suffragette EMMELINE PANKHURST (née Goulden, 1858–1928) deserves to be remembered as the UK’s first action heroine. Born into an activist family, young Emmeline was entranced by histories of the French Revolution and anti-slavery works like Uncle Tom’s Cabin. After her husband’s 1898 death, Pankhurst founded the Women’s Social and Political Union (WSPU), which aimed at winning the vote for women; her three daughters joined their mother’s fight, too. Convinced that time spent behind bars would draw public sympathy to their cause, Emmeline once intentionally struck a police officer; not only were prison conditions filthy, but guards attempted to violently force-feed her during hunger strikes that she instigated. In the years before the Great War, Pankhurst grew ever more militant. She supported such actions as throwing stones through the Prime Minister’s windows, burning slogans into the greens at golf courses, and even acts of arson. Fearing that such violent protests were doing more harm than good, two of Pankhurst’s daughters left the WSPU; the resulting rift in the family never fully healed. In the end, Pankurst didn’t endorse every unconventional form of behavior; she died of shock shortly after learning that her daughter Sylvia had given birth to a child out of wedlock.

On his or her birthday, HiLobrow irregularly pays tribute to one of our high-, low-, no-, or hilobrow heroes. Also born this date: Walter Benjamin and Johnny Thunders.